This is a terrific addition to this catalogue and to any string. He is a fine grey who catches the eye with his size and presence and now for his proven ability. He cost €62,000 when sold as a store at the Derby Sale and has backed up the judges who admired him then with a big performance on debut at Curraghmore. Moving to the front in testing conditions at the last, he drew five lengths clear on the run home and looks a very exciting prospect. It is clear this fellow has always been showing promise from the outset, as Monbeg Stables who secured him for €62,000 in 2019 went to €80,000 a year later for a three year-old half-brother by Blue Bresil suggesting they knew what was likely to come from this fellow in the very near future. They have been proven correct on this fellow’s debut outing and he looks a most exciting sort. He is a fine grey from the family of the high-class grey Teeton Mill and could be another public favourite in time. 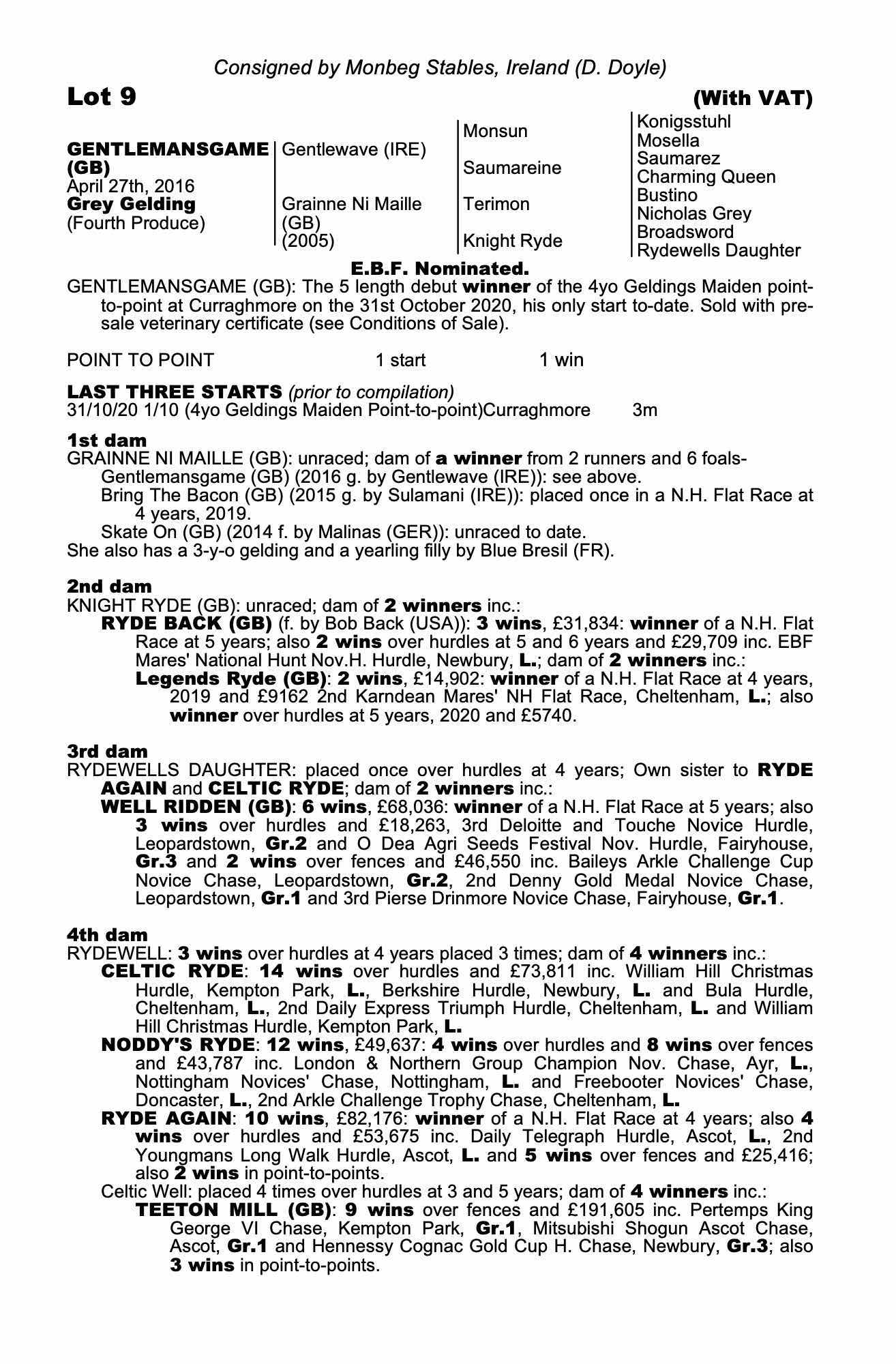