This is a mare not to be taken lightly. She was a very creditable second on debut at Oldtown in February to Timeless Beauty who went on to make 100,000 at the Tattersalls Cheltenham February Sale. On her second outing she tacked another of the bigger circuits in the country at Tattersalls and made all the running to win in good style. She set a very strong pace and had most of her rival struggling notably from a long way out. It was left to the very smart Gavin Cromwell trained debutante to try and attack her from off the pace but even this tactic was not enough to beat this well bred mare. She is by Califet and out of an Old Vic mare which makes her an ideal Broodmare prospect in due course also. This is a mare who has run to a very high level of form on two of the bigger circuits in the country and has all the attributes to maximise the increasing mares programme going forward. 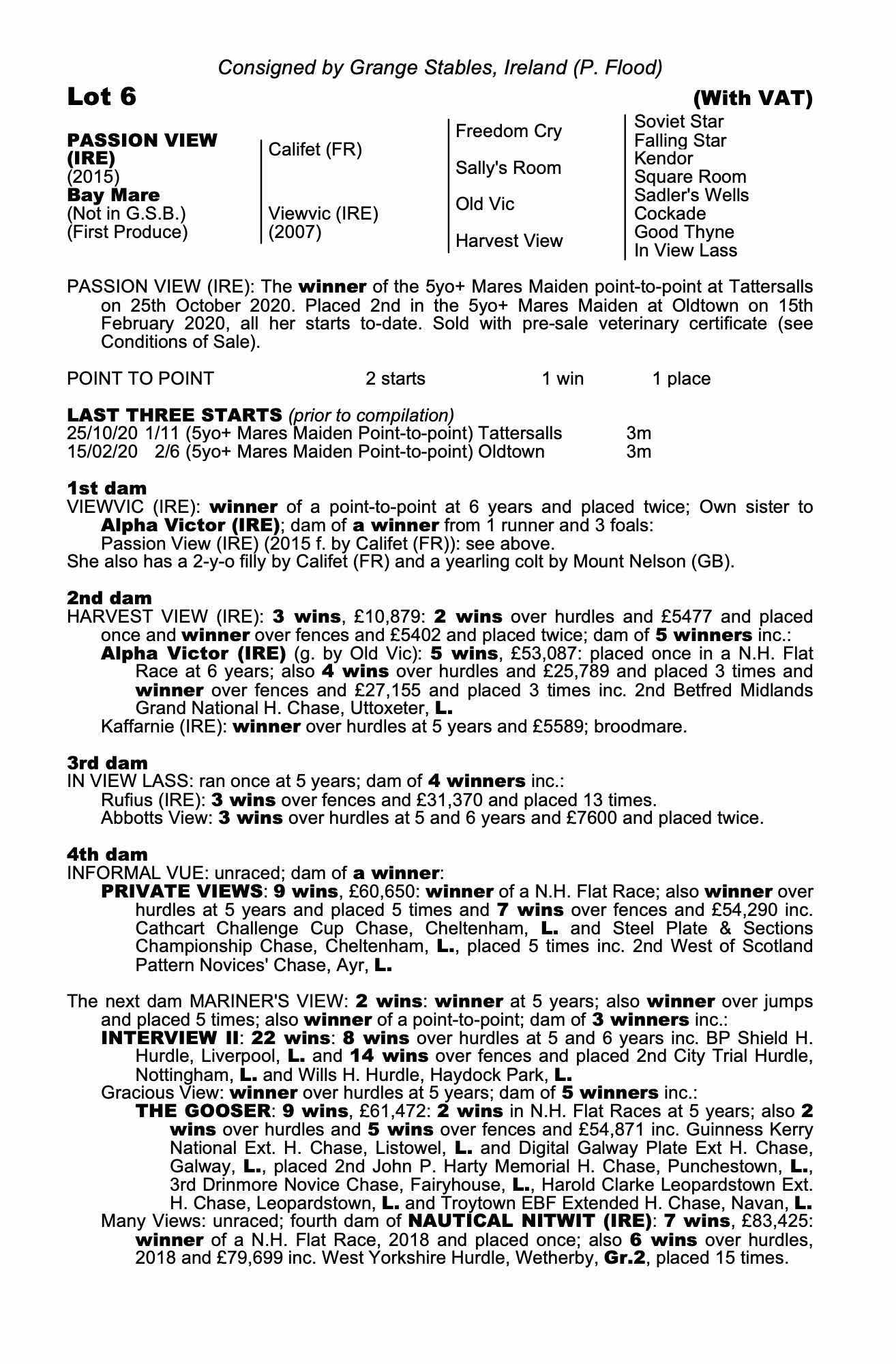