A tough, consistent and improving five-year-old who appreciated the bigger circuit at Tattersalls to show his true ability and win by three lengths. Dunboyne had shown some very promising form in above average four-year-old maiden races at Bartlemy and Boulta behind Lets Go Champ and Clondaw Secret respectively before finishing a fair fourth at Tinahely in a race where the third has already won a Beginners Chase since. A seasonal reappearance at Tattersalls saw that experience put to good use and he went away from two placed horses who had shown decent previous form suggesting this son of Yeats is one to continue his consistent run. He is out of a dual-winning hurdler 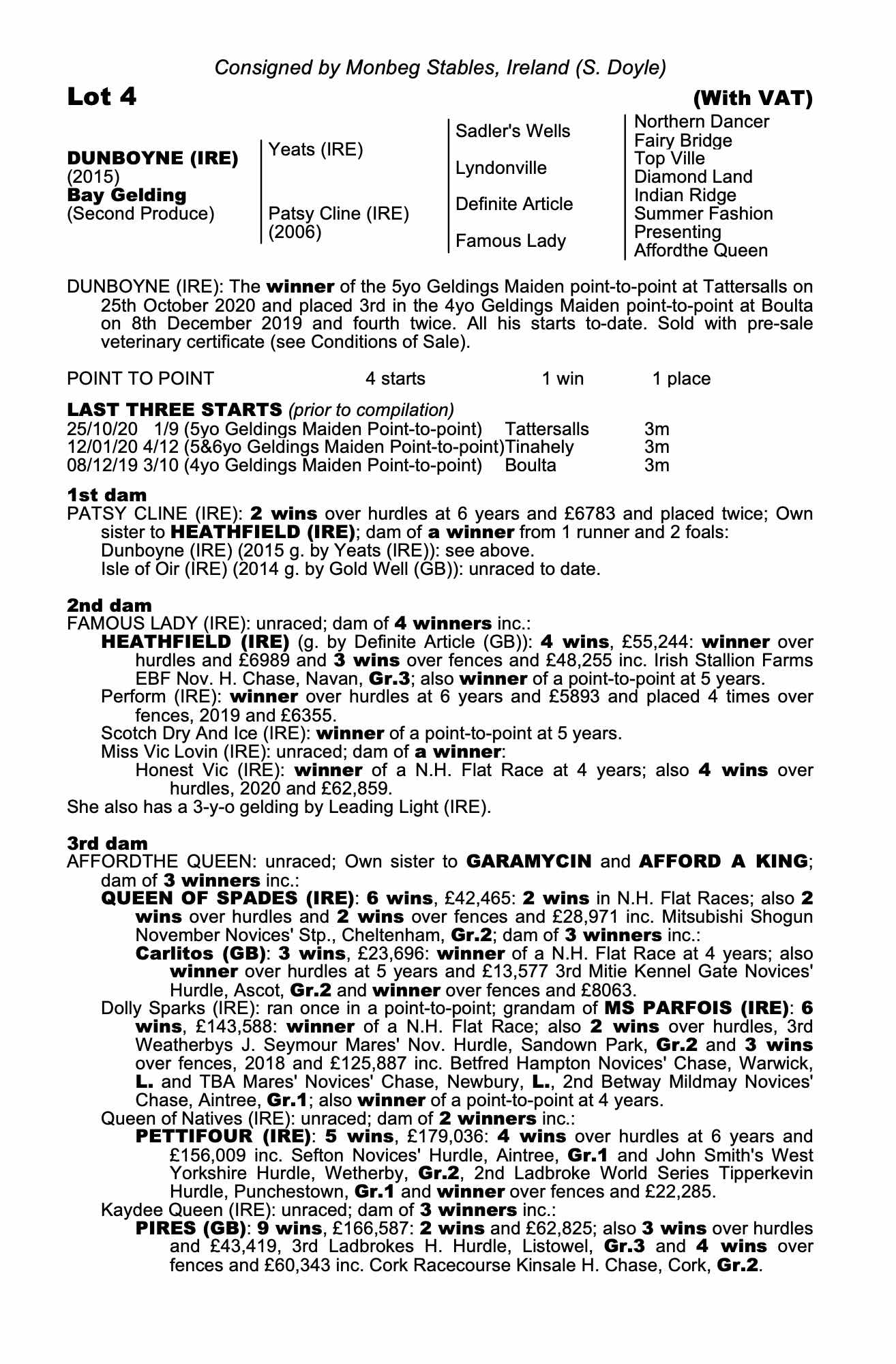