Previous Lot Lot 3 - Get Sky High (IRE) Ch.M.
BACK TO LIST Next Lot

This daughter of Getaway made a taking winning debut when scoring in good style at Ballycrystal. This maiden included Gallopongray back in third who had previously finished third in a maiden hurdle back in June alongside a number of decent points runs but was no match for this capable debut winner. She went to the front before the turn for home and increased the pace which stretched her rivals, and when tackled at the last, showed an exceptional attitude in pulling out more all the way to the line. She is from a family which includes tough winning mares and will prove a real money spinner throughout her career. 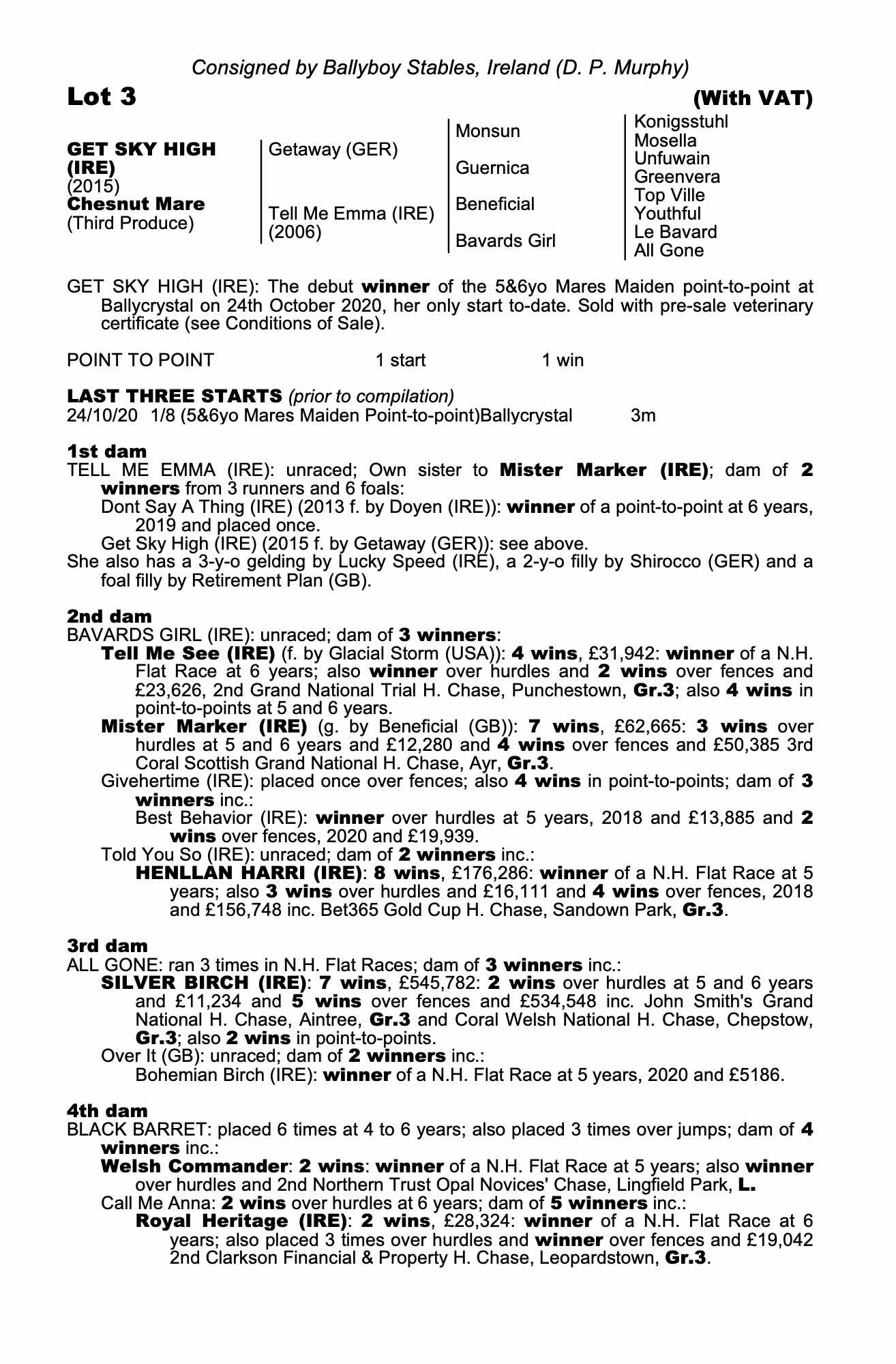