A most unlucky final-fence faller at Curraghmore where she appeared to be producing the perfect debut effort. She was understandably a little green on the run to the final fence where she came down, but at this point she had demonstrated undoubted ability in testing conditions to point to her being a mare capable of making good use of the mares programme in National Hunt racing currently. She is by Presenting out of a winning hurdler and was ahead of Ballybough Mary at the time, who had finished second at Dromahane on her debut, suggesting this was a very much above average maiden. An exciting mare with size and scope to allow her progress through the ranks in time. 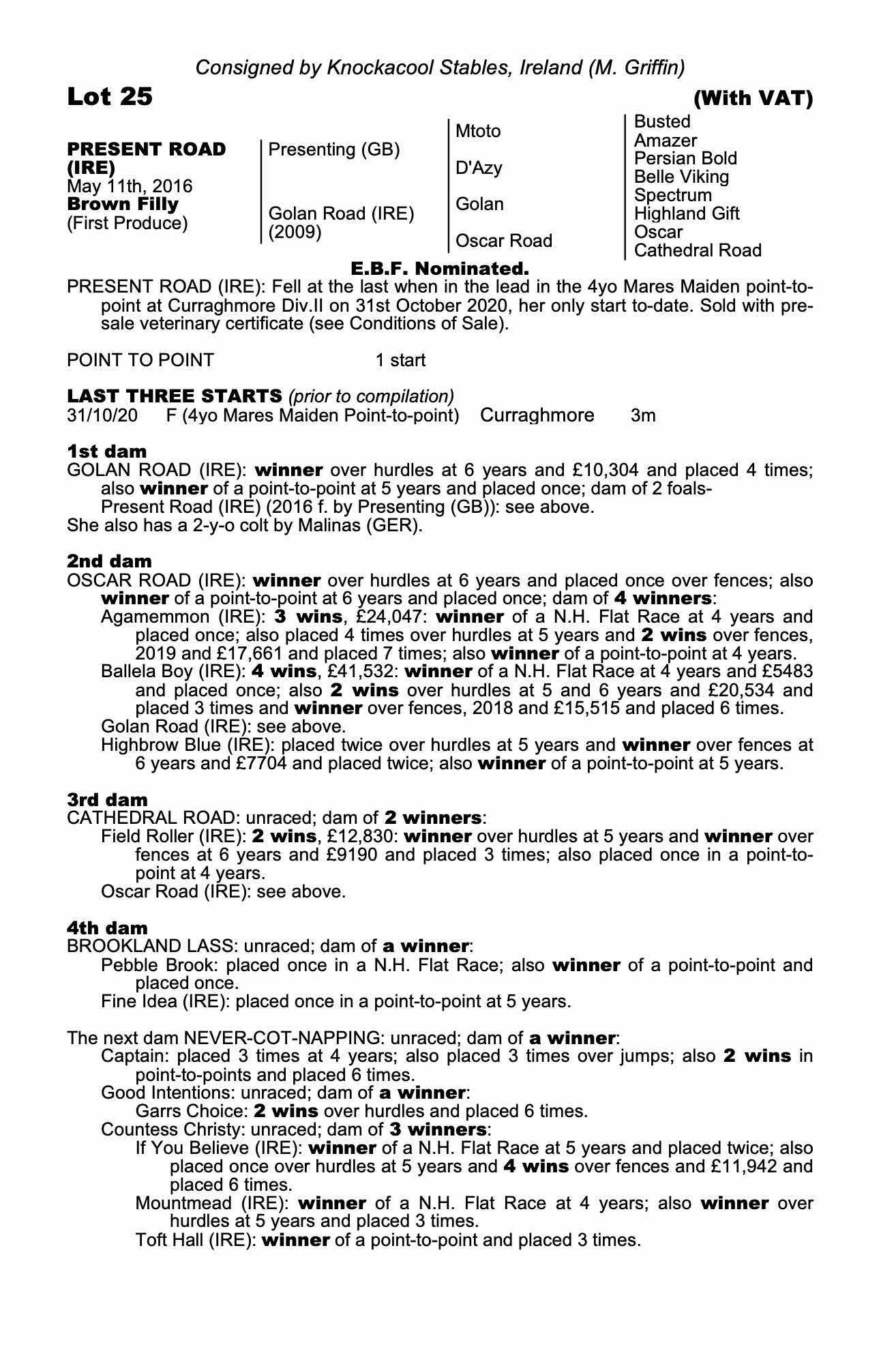