This is a fine chasing type who covers notable ground and won on debut against some vastly more experienced rivals. This son of Milan always appeared well within his comfort zone and when his rider asked him to go clear the response was instant. The runner-up had previously finished third at Turtulla while the third had finished second at Oldtown and fourth twice, but neither were any match for this exciting newcomer. The time was six seconds faster than the average time on the day and he looks a very smart sort with a big future. He will be seen to best effect on the bigger Grade 1 circuits where he can use his stride and scope. His dam is a sister to the high class Thyne Again. 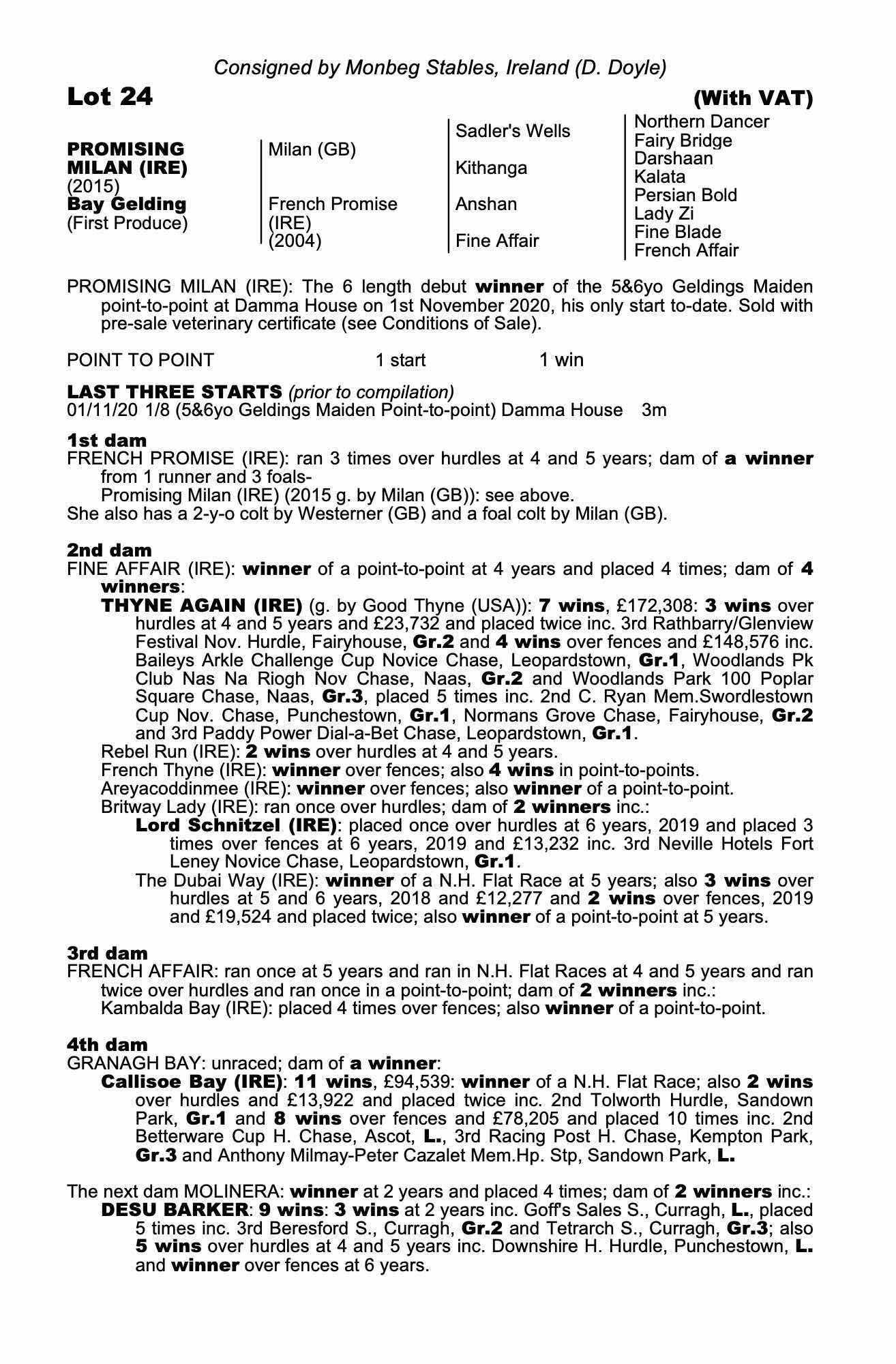