This classy son of the great Shantou made a big impression when winning a Ballycrystal maiden on his second start recently. There were a number of notable aspects to this success including the speed he showed to put daylight between himself and his rivals after the second last. Following this he was notably quick over the final fence and jumped it in the manner of a fresh horse. From the final fence to the line he quickened further away and showed a very sharp attitude in holding a very straight course to the winning post where the runner up wandered somewhat up the steep winning climb to home. He is by Shantou and his pedigree is further enhanced by being out of a Sadler’s Wells mare and she herself is a sister to Cheltenham Gold Cup winner Synchronised. This fellow has the speed, attitude and class to achieve at a very high level of NH racing. 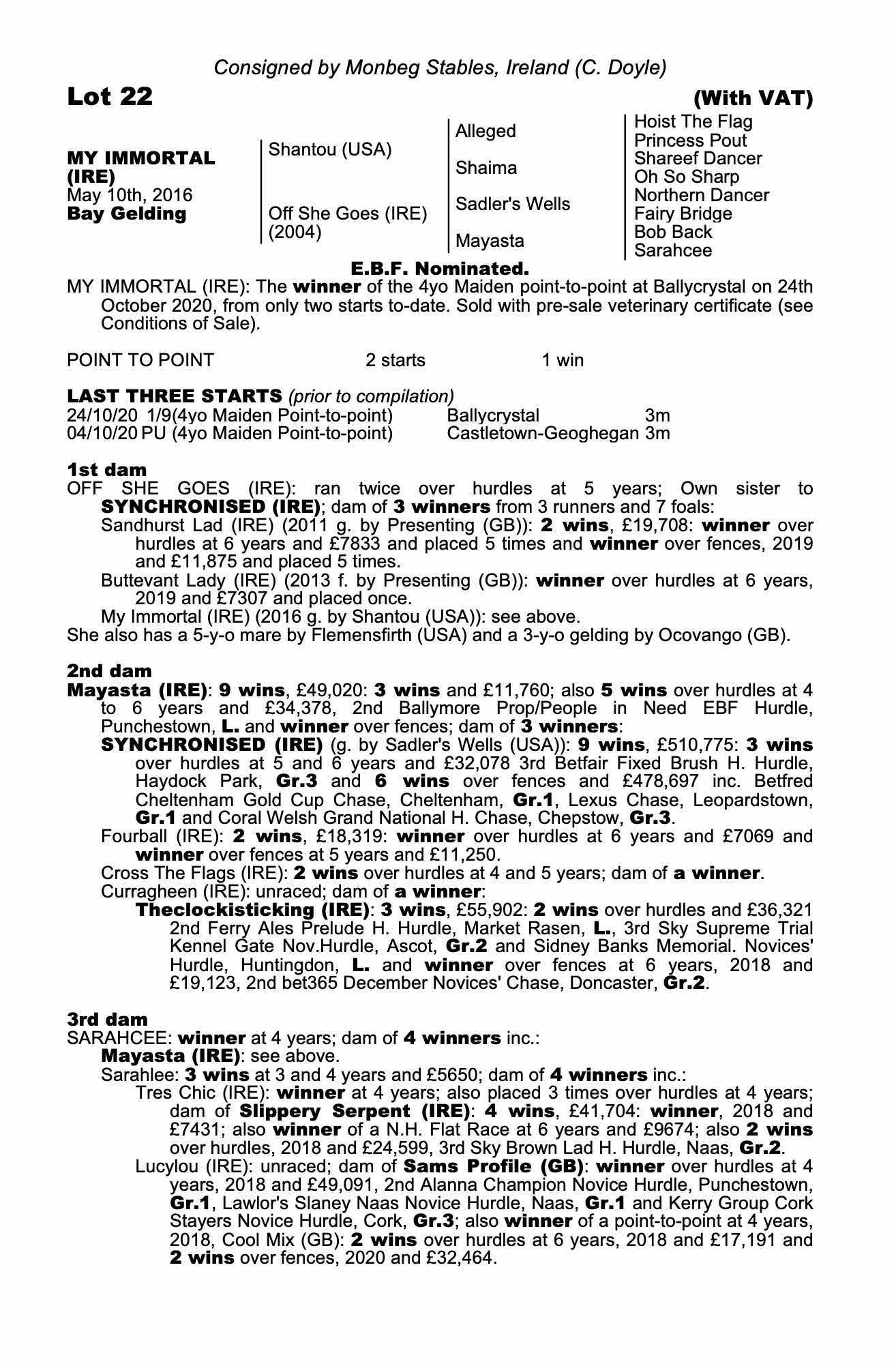