A fine son of Mahler out of a Presenting mare who has shown a decent level of form on two occasions. He was a fair fourth on debut back in March at Ballycahane in a maiden which has already produced two winners so looks a race to be viewed carefully by purchasers. This fellow then went to Dromahane for his seasonal return and scored at the first time of asking by just over two lengths from the very highly regarded Mr Incredible. One of the notable items of this race was the speed he showed from the second last and indeed the scope he showed over the second last and third last in particular. He looks a type who could step back in trip and will very much appreciate bigger fences on Grade 1 courses in due course. He is a very versatile and high class addition to this catalogue and looks a most exciting sort. 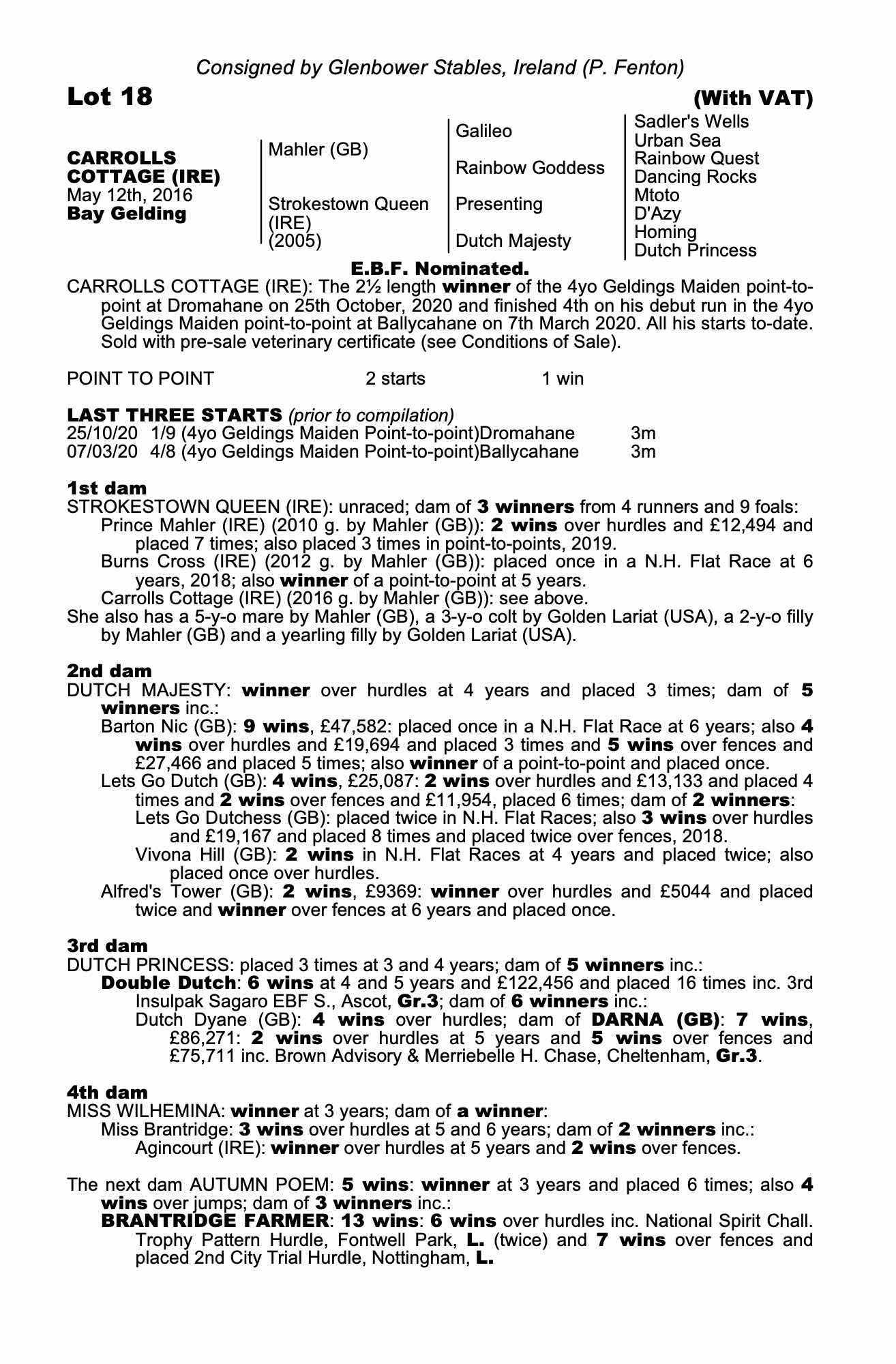