A progressive son of the in-form Doyen, this fellow finished a fair third on his seasonal debut at Moira before going to Loughanmore and finishing a closed second to the useful looking Undersupervision. He is out of a Presenting mare and from the family of Valley Henry and looks to be improving rapidly through the ranks. From the consignor of many high class pointing graduates which include the recent impressive winner Ballyadam, this fellow could be another horse who could go to a high level under rules. 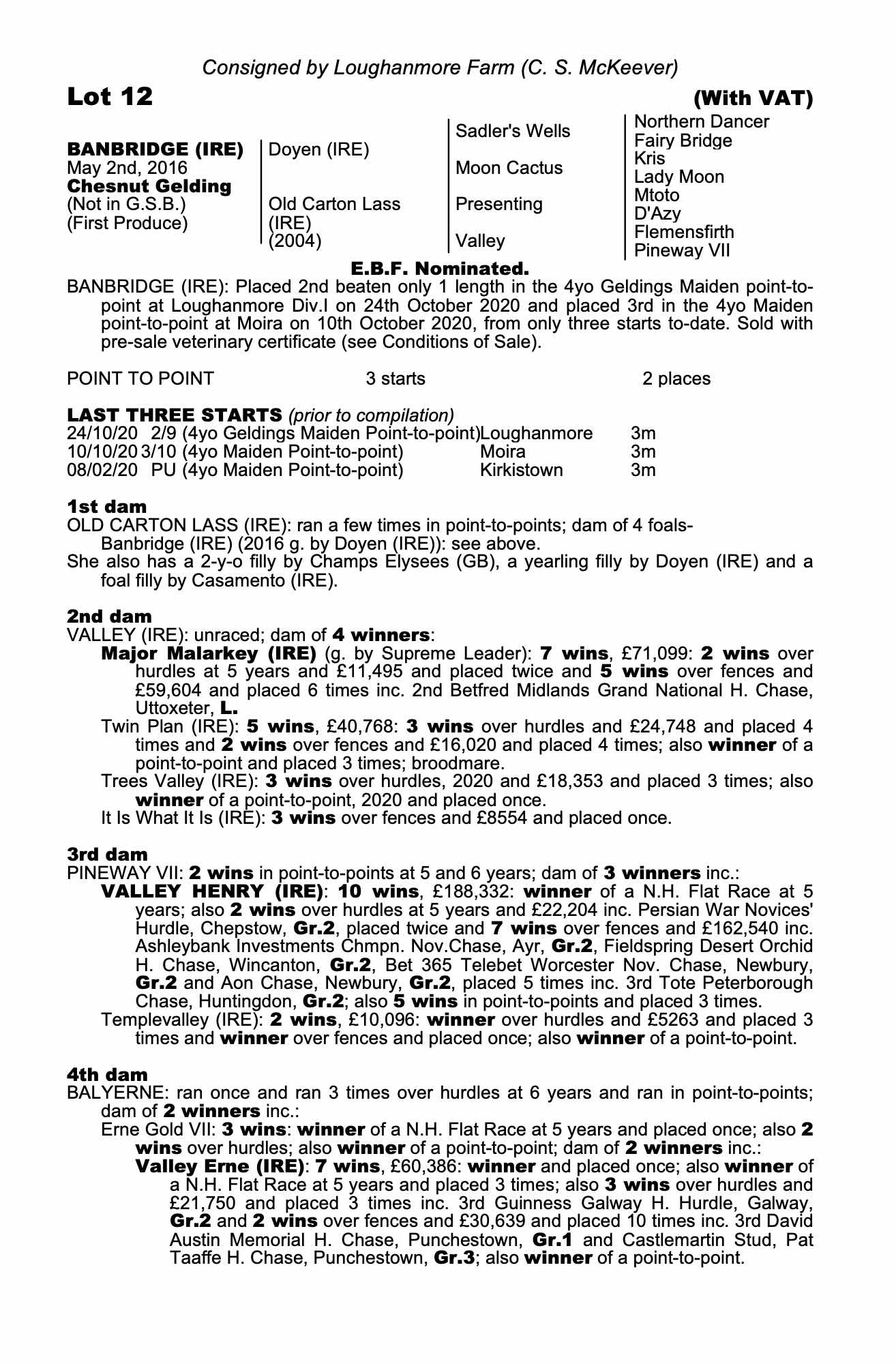