Contemplatemyfaith certainly stands out as an individual, with his dam, a half-sister to Liss A Paoraigh having already produced two winners including A Great View who won a Grade B contest at the Punchestown Festival in the colours of JP McManus. Bought by current connections for €48,000 from the Derby Sale, the Califet gelding finished third at Boulta in December behind what looked one of the standout maiden winners of the season thus far in Setme Straightmate and he franked that view by going very close on his reappearance in a point-to-point bumper at Tipperary. Never too far from the pace, it was particularly eye-catching to see him finishing off best of all inside the final half-furlong where he was just denied for second by a head. The future looks bright. 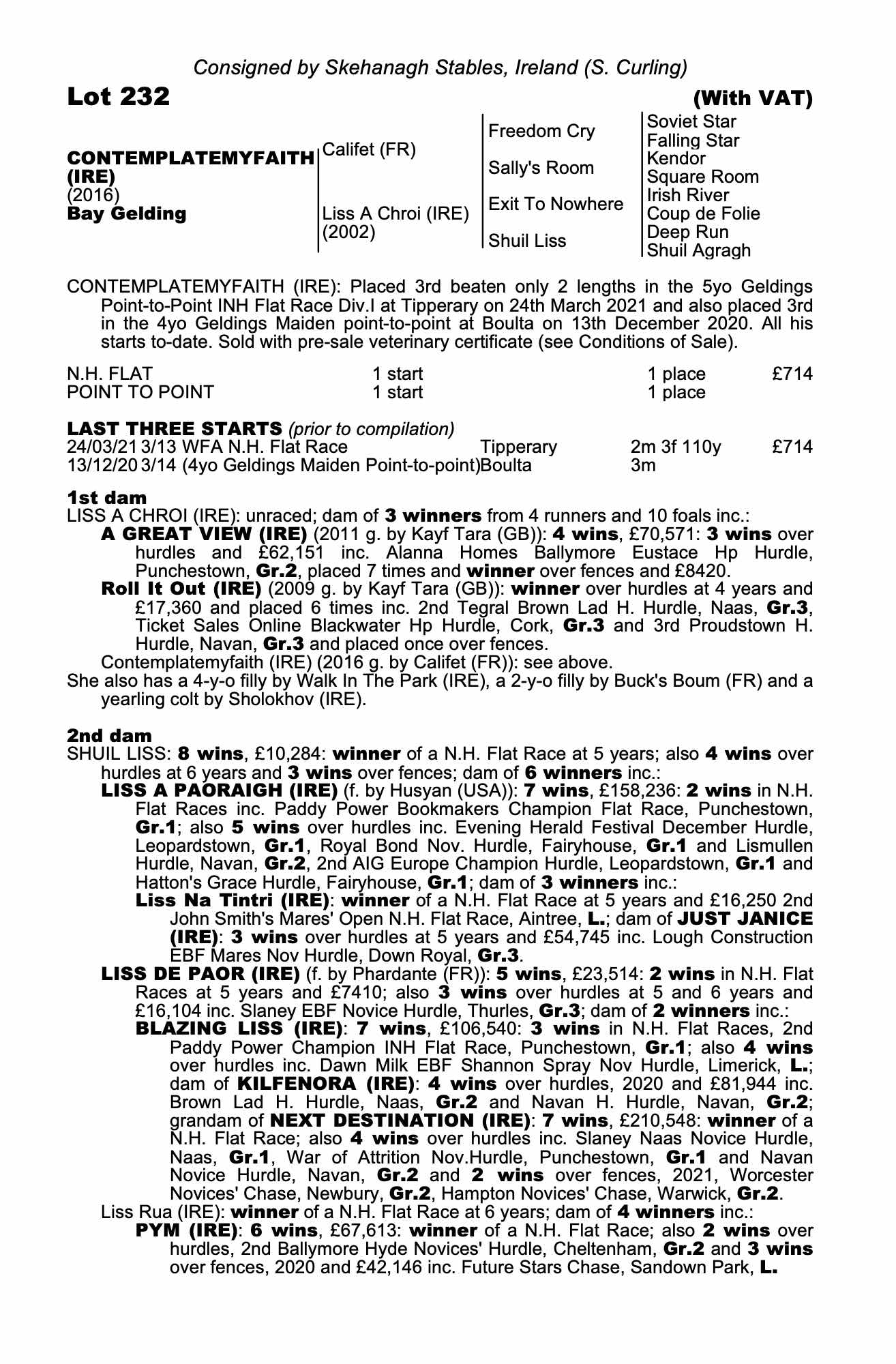