General Medrano made his debut in a four-year-old point-to-point bumper at Punchestown where he came from off the pace to move into a challenging position on the outside of rivals rounding the home bend. Keeping on to very good effect, he moved into second just under two lengths behind the eventual winner entering the final furlong before being eased in the closing stages as he finished a promising third behind two nice types. A half-brother to Big Shanghai who finished second in a four-year-old maiden for Colin Bowe in December, beaten just under over a length by a horse who subsequently made £100,000, General Medrano is showing all the right early signs. 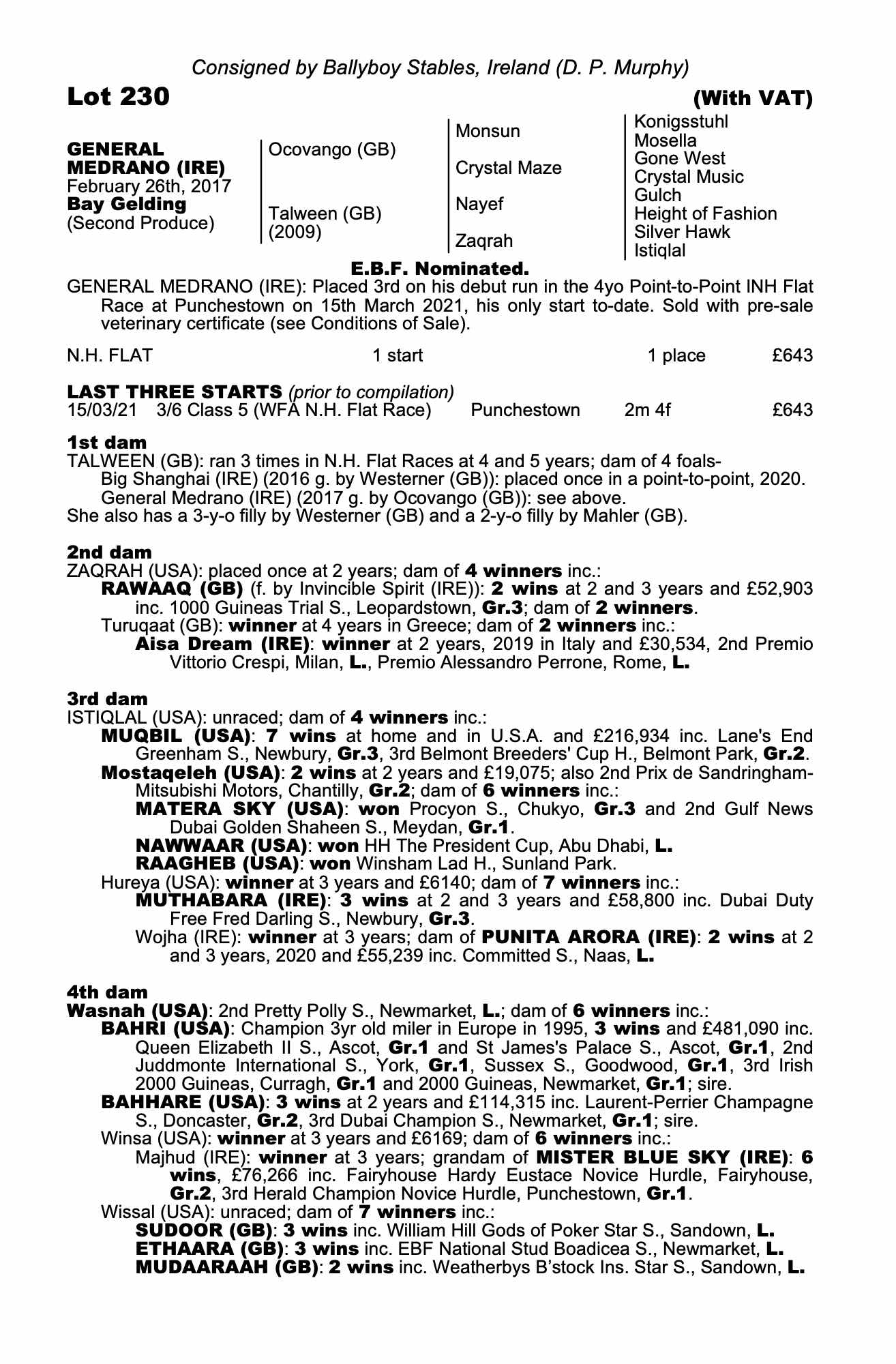