Mr Fred Rogers came up against a number of notable and more experienced types at Tipperary for his debut, but that certainly did not stop him from making a winning debut in eye-catching fashion. Patiently ridden throughout, he was forced to come six-wide around the home bend in order to deliver his challenge. However having arrived on the scene full of running, he delivered upon his rider’s confidence, as having been the last of the front six to come under pressure, he certainly picked up in the manner expected to kick clear inside the final furlong and ultimately prevail by just under two lengths. In winning at the first time of asking, he was chased home by a four-year-old maiden winner with three of the next four horses having also finished placed in four-year-old maiden company to bring a nice level of depth to the race. 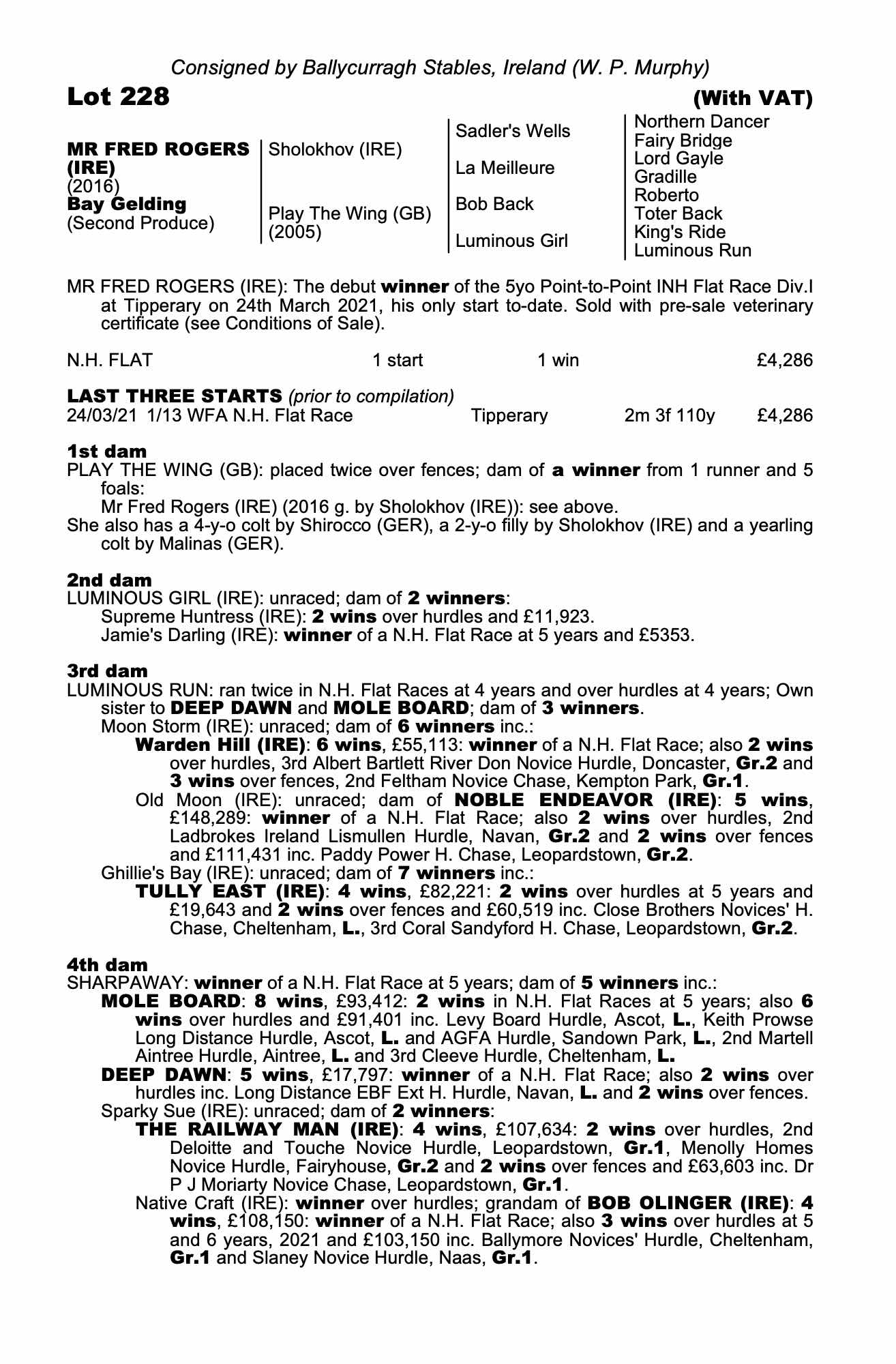