How Will I Know more than outran his starting price of 20/1 with a very taking performance on heavy ground at Punchestown earlier this month. Having been patiently ridden towards rear for much of the contest, the Ocovango gelding swung into the home straight in sixth before showing a notable turn of foot to take advantage of gap opening up to burst through between rivals and launch his challenge at the furlong marker. He continued on this surge to hit the front and briefly go on by half a length only to be pegged back in the dying strides and go down by just a neck at the line to a €62,000 Walk In The Park store that is out of a black type winning mare. With both of his siblings who have made it to the track enjoying success, it is hard to believe that he will not ensure that strike rate is upheld in the near future following this debut. 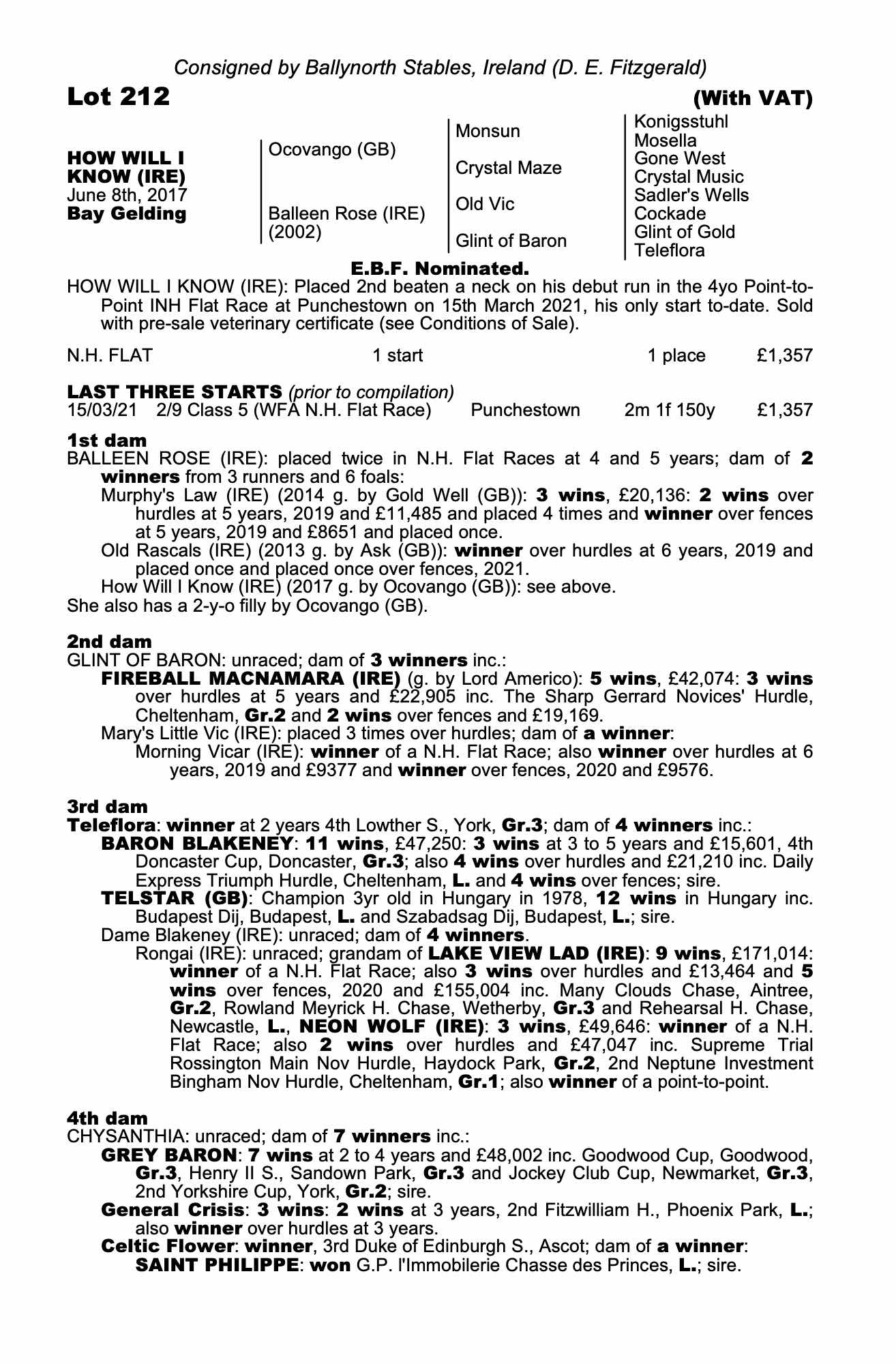