Love Envoi followed in the footsteps of her one year elder half-sister Timeless Beauty by starting her career with Sean Doyle. That Yeats mare was sold for £100,000 at the Tattersalls Cheltenham February Sale last year after winning her maiden point at Oldtown and Love Envoi herself, a daughter of Westerner, made the perfect start to her career when winning a mares point-to-point bumper at Wexford, a race in which she was never too far from the pace. Catching the eye by the ease in which she moved to the front coming off the home bend, she found plenty for pressure and although the favourite, a debut point winner that had subsequently been bought by Henry de Bromhead loomed alongside, she picked up again to win going away by a length and three quarters at the line. With the third horse, a first time out daughter of Fame And Glory being out of a black-type mare, the form does have a nice look to it which bodes well for her future. 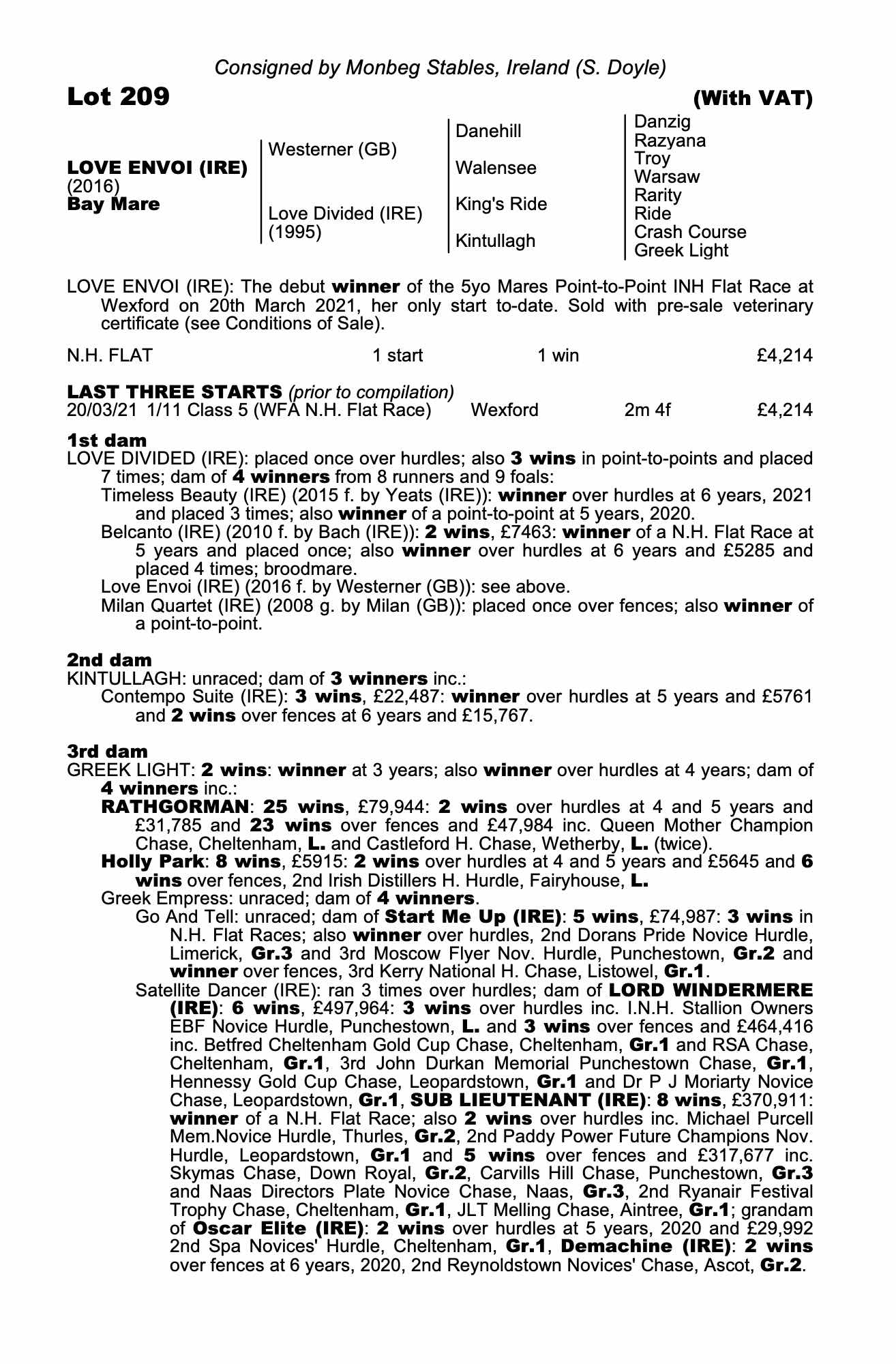