Ernest Gray arrived for his debut at Punchestown with a very strong pedigree being out of the Flemensfirth mare Emily Gray who was a Grade 3 and dual Listed winner over fences and his connections unsurprisingly had to part with €62,000 to secure him at the store sales. By Walk In The Park, the sire of both Douvan and Min, who had an unbeatable start with his first Irish crop of four-year-old’s on the day by winning all three of the four-year-old point-to-point run on the card, with Ernest Gray being one of them. Always close to the pace he had to get the better of a protracted battle up the home straight which saw him still in a close third inside the final furlong before he produced his best effort late on digging deep to come through and make a winning debut. His pedigree marks him out as a horse to take very seriously. 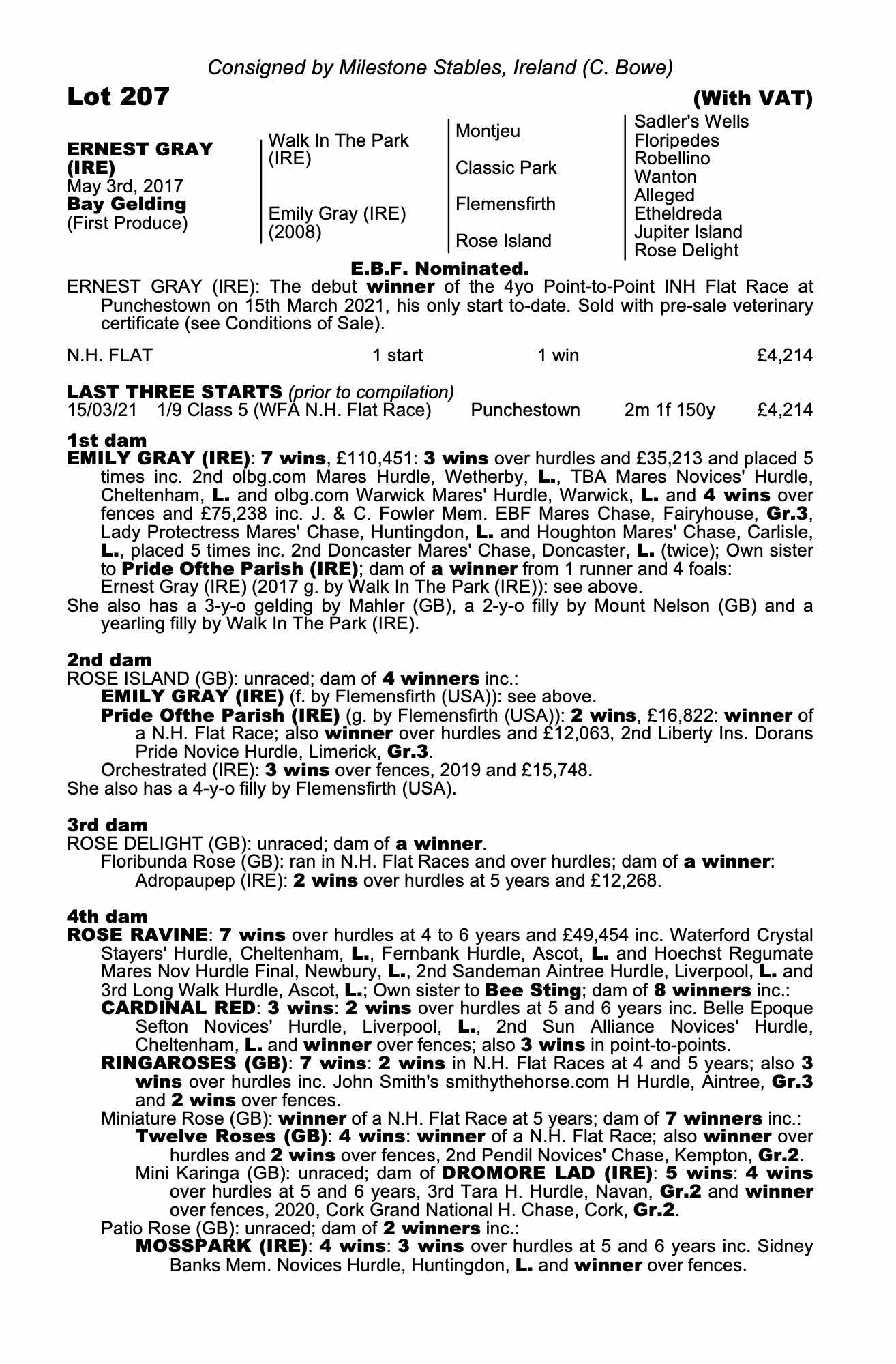