This is a rare opportunity to acquire a mare with proven toughness and versatility who is ready to go on. This daughter of Australia has shown creditable form from 1m to 1m 6f and would appear to have a favourable mark of 49. She then made the progression to point to points where she showed admirably flexibility finishing fourth behind geldings at Lingstown in March. The winner was since sold for 240,000 while the runner up was sold for 145,000 suggesting this was a well regarded maiden. She then returned to action at Boulta where she was a very promising second and was only headed for the lead in the final stages of this race. She looks an ideal candidate who will be very easy to place for new connections such is the range of possibilities from flat racing to chasing which she can acquit herself with and perform to a decent level. 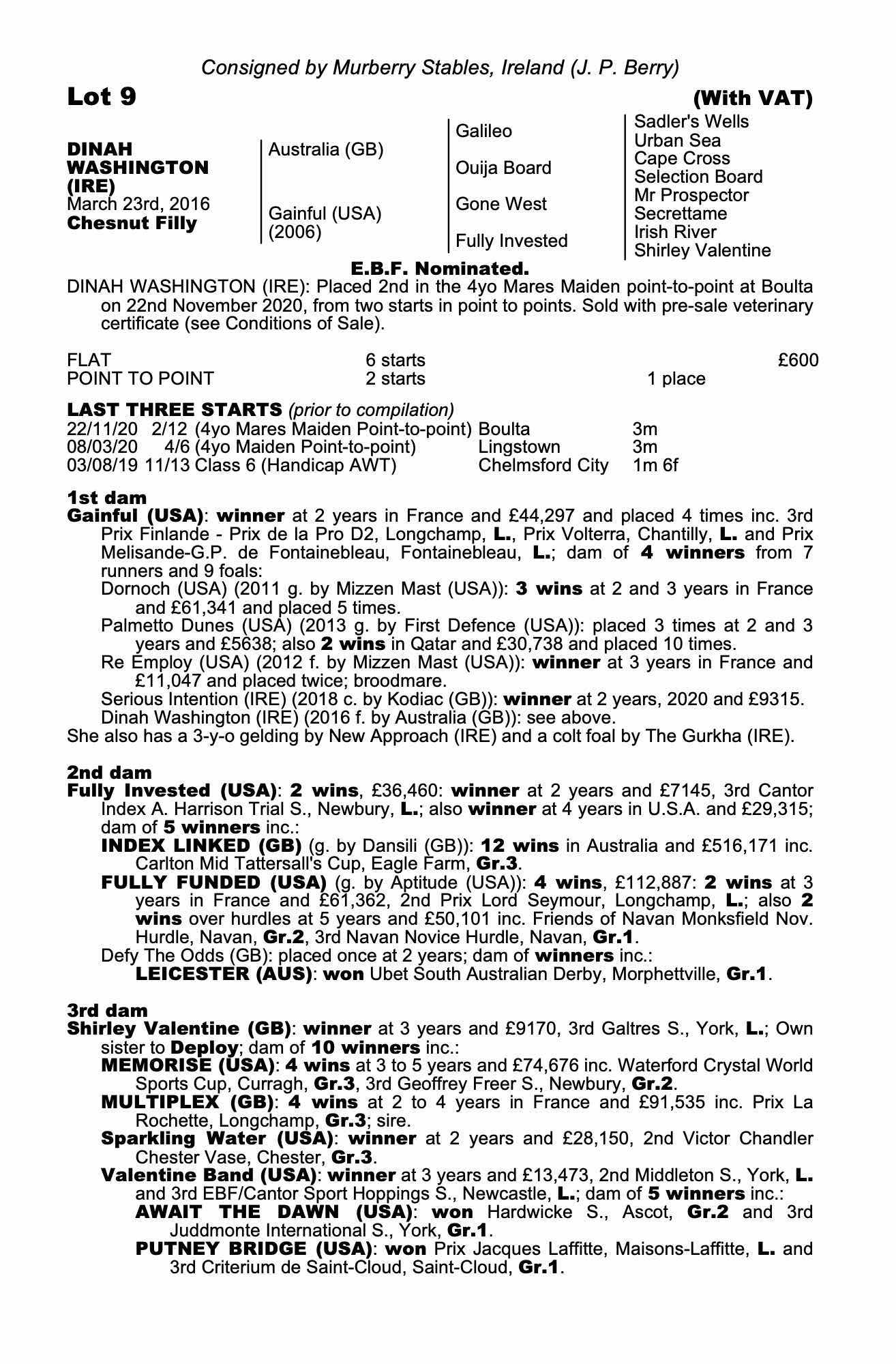