A daughter of Oscar out of a Roselier mare she was bred to be a tough racemare and all indications suggest this is what she will turn out to be. She had shown ability in two maidens at Portrush and Dromahane in decent company before showing decent progression to win at Ballindenisk. A notably tough track it was telling the way she powered up the hill to the line and she looks capable of being a most effective stayer and an ideal winter mare for the future. She is from the family of Father Rector and Padre Mio and looks a real moneyspinner in the making. 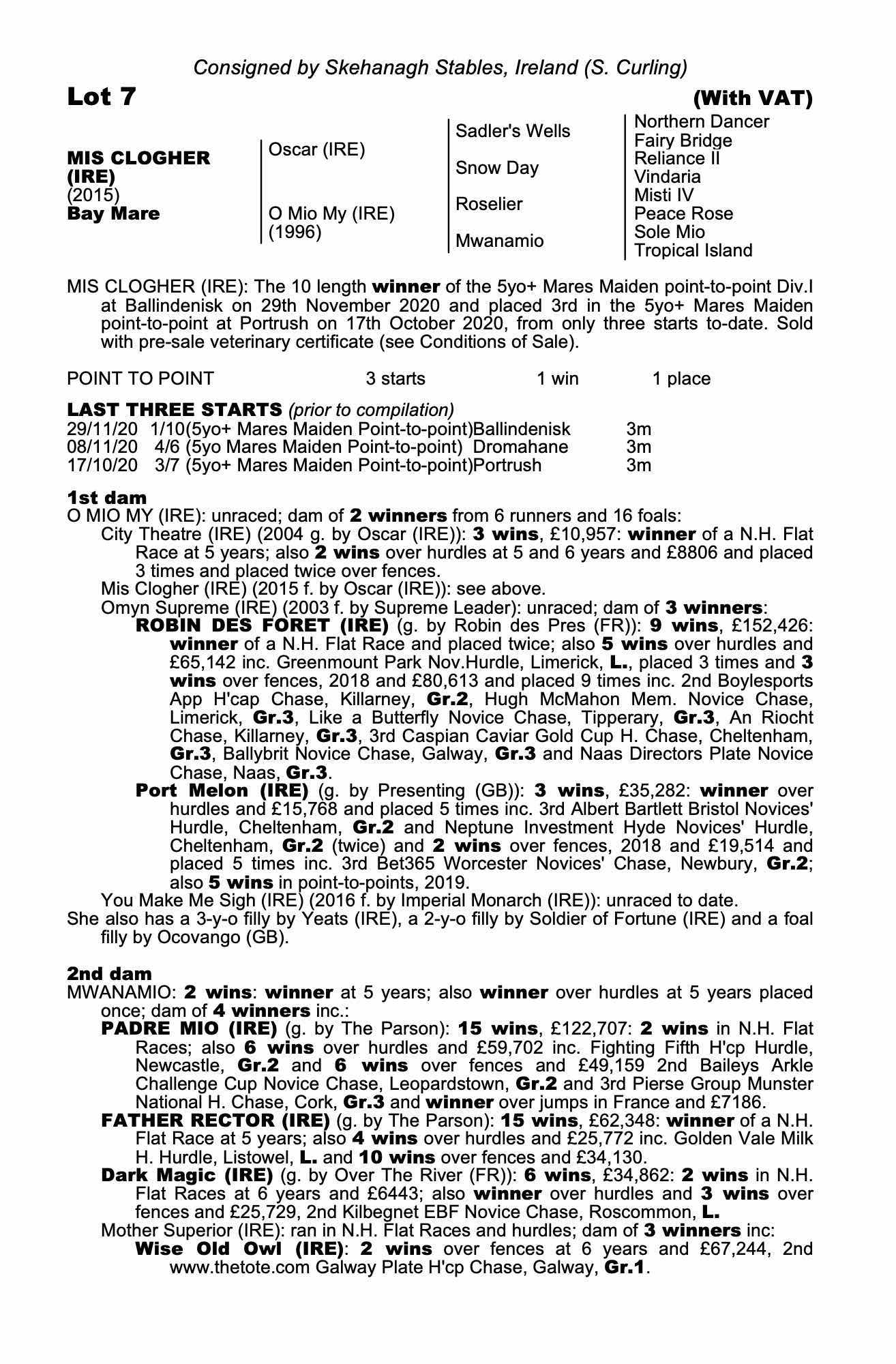