In winning his maiden at Kirksitown recently this son of Shirocco was merely completing the progression he has been showing for some time. He had been second in a useful looking Moira contest at the start of the Autumn campaign before going on to finish third at Loughanmore only three lengths behind the winner. At Kirkistown he ran out a convincing seven lengths winner from Russells Quarter who had been second in that Loughanmore contest when the pair last met which illustrates the level of improvement which has been found by this five-year-old who is ready go on with immediately and in top form presently. His dam was a useful three times winning Grade B chase winner who was once second in a bumper to Don Cossack. 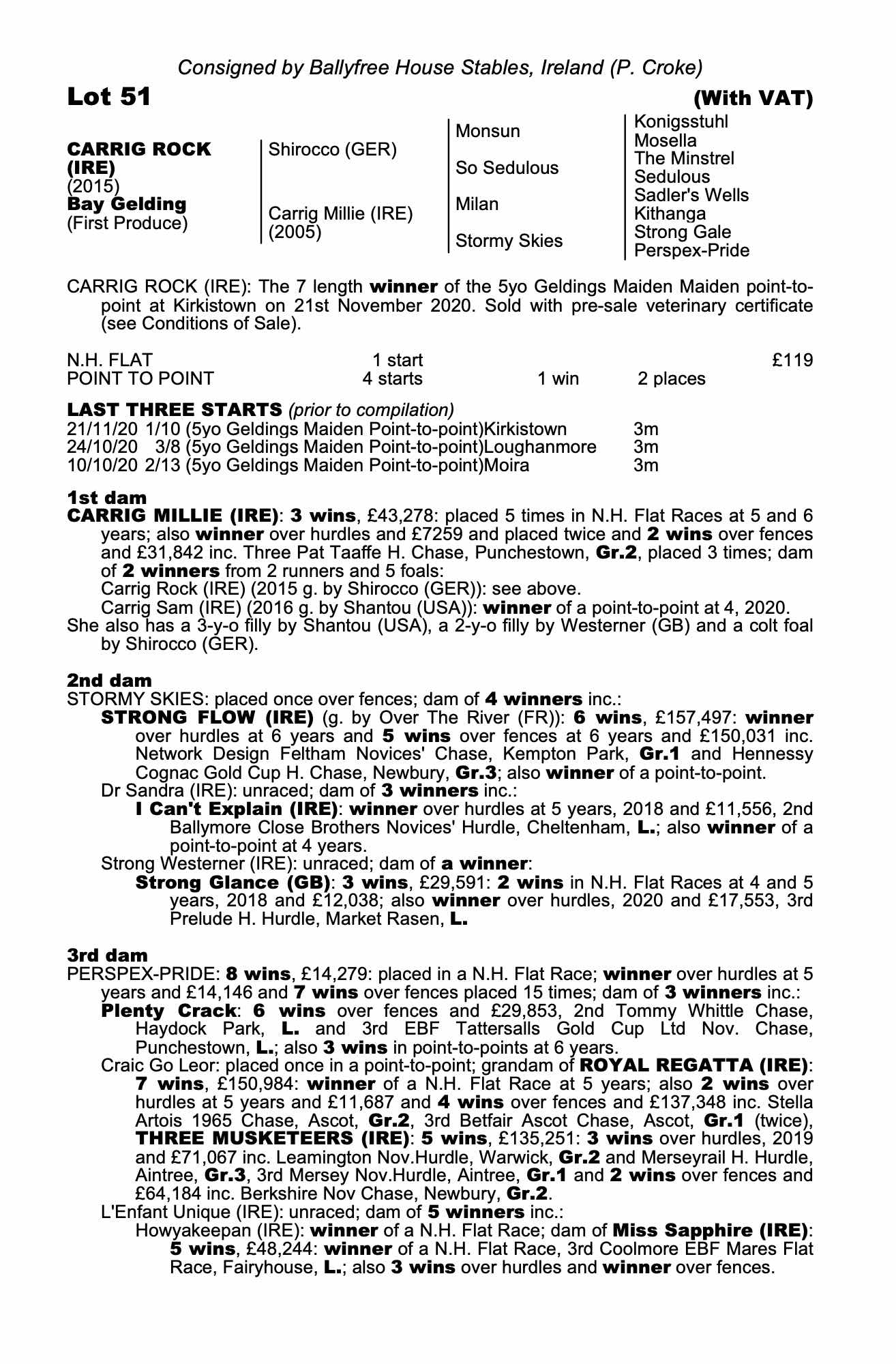