This daughter of Schiaperelli made a winning debut at Borris in a competitive twelve runner contest where she had to battle hard to get her head in front in the closing stages. She is a sister three winners including the ultra-tough and consistent seven times winner Cecil Corbett. Borris is a track that tends to favour runners with experience so it is credit to this mare that she made her debut a winning one. It bodes well for her future where she can be expected to provide new connections with a lot of success in the coming years. 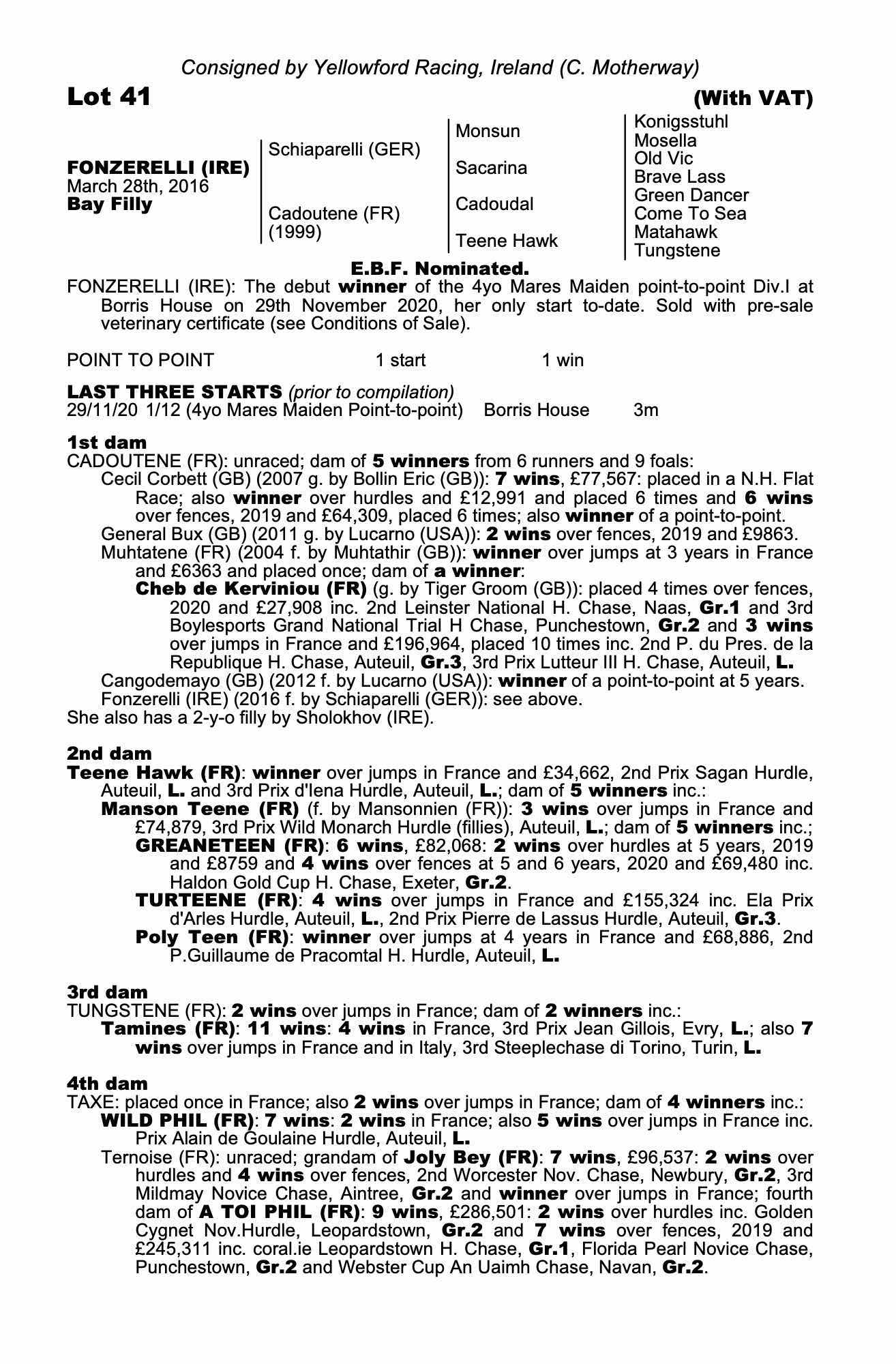