The debut winner of a four-year-old mares maiden at Tinahely. An eyecatching daughter of Flemensfirth she is closely related to the Cheltenham Gold Cup winner Bobs Worth and looks a mare with a pedigree and a very bright racing future. It was notable that this race was run in a time twelve seconds faster than the average time on the day and a further positive here was the manner in which she went to the front two out. With a number of mares coming together at the time she had to be brave on her debut to move to the front and go on and score by three lengths. With pedigree, proven ability and attitude all confirmed she will be a much sought after mare. 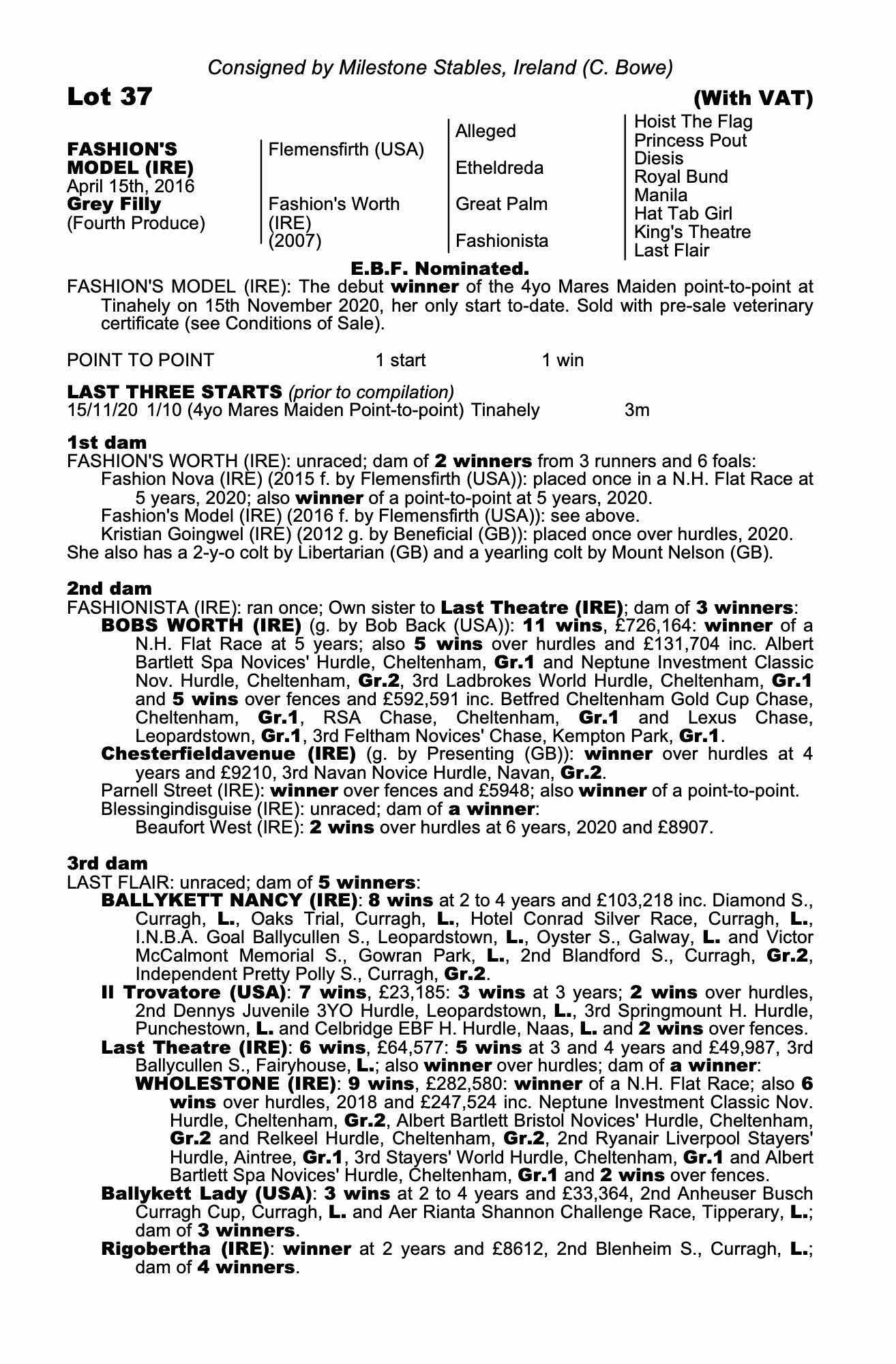