This son of the recently retired Kayf Tara offers a real opportunity to acquire a top class recruit with proven form. He sat off the pace on his debut at Loughbrickland and quickened to the front as required very smoothly at the final fence. It was notably testing ground so it was notable to see how easily he was able to travel into contention and go to the front on the wide outside of three on the tight turn to the last. He is a smart type who can go to a high level of winter racing on this evidence. The runner up had been second on his previous start while the fourth had made a very promising debut at Loughanmore but this debutante was too classy for the opposition. His dam is a four times winner and he looks capable of being a multiple winner himself on this evidence. 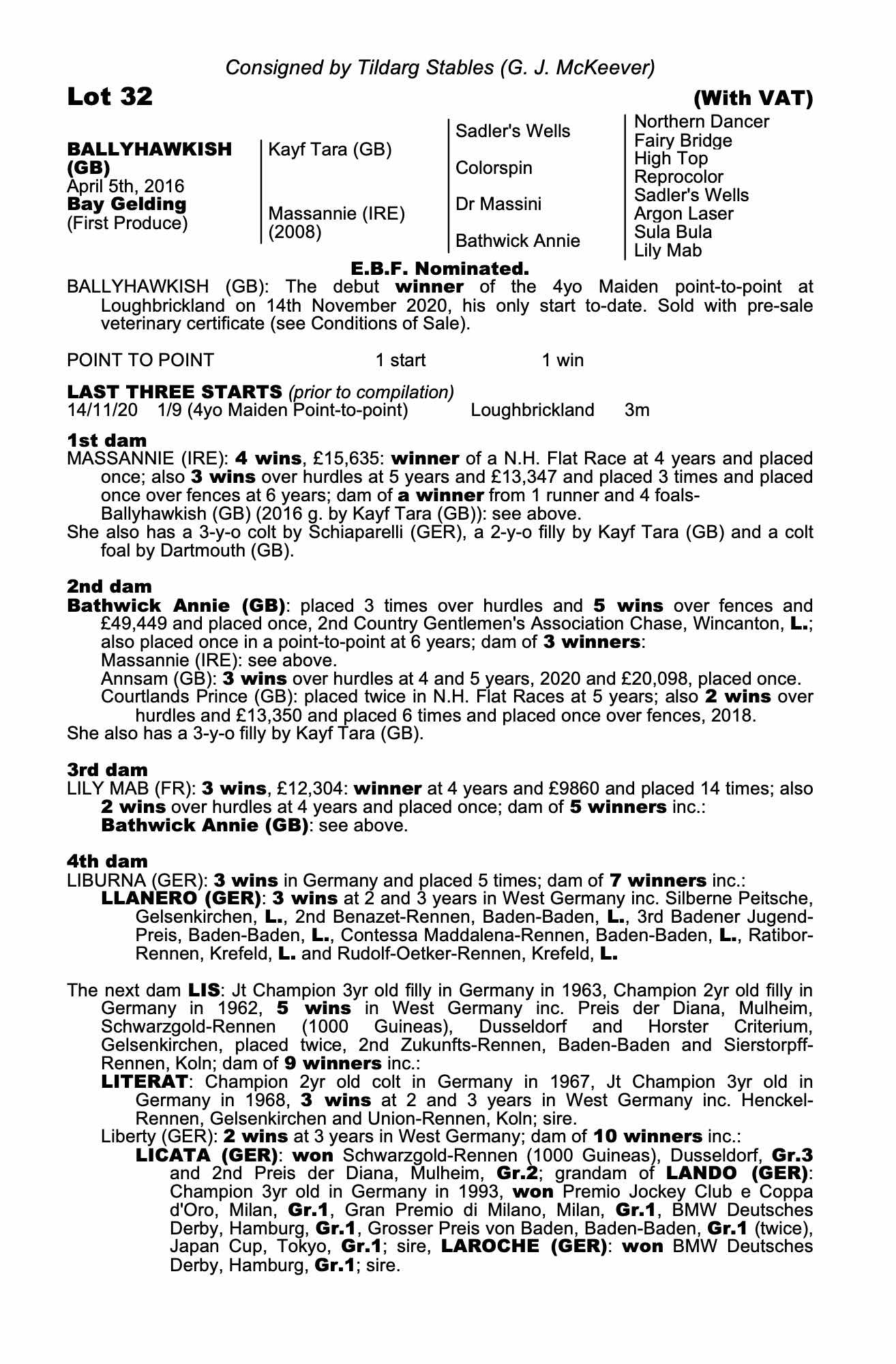