Representing the vendor combination of Chantry House who was sold at this sale in 2018 this Lingstown winner has a lot to offer. This was a very competitive sixteen runner affair run in a decent time. In fact there was no maiden this season for four year olds with more runners this season so he had to be a very straight forward individual to manage the crowded field throughout the race. Having made the early running he was settled enough to allow his rivals take over mid race before moving to the front again in the latter stages and holding on to his advantage in a game performance all the way to the line. He is out of a three times winning Midnight Legend mare and could well be another top graduate for this vendor through these sales. 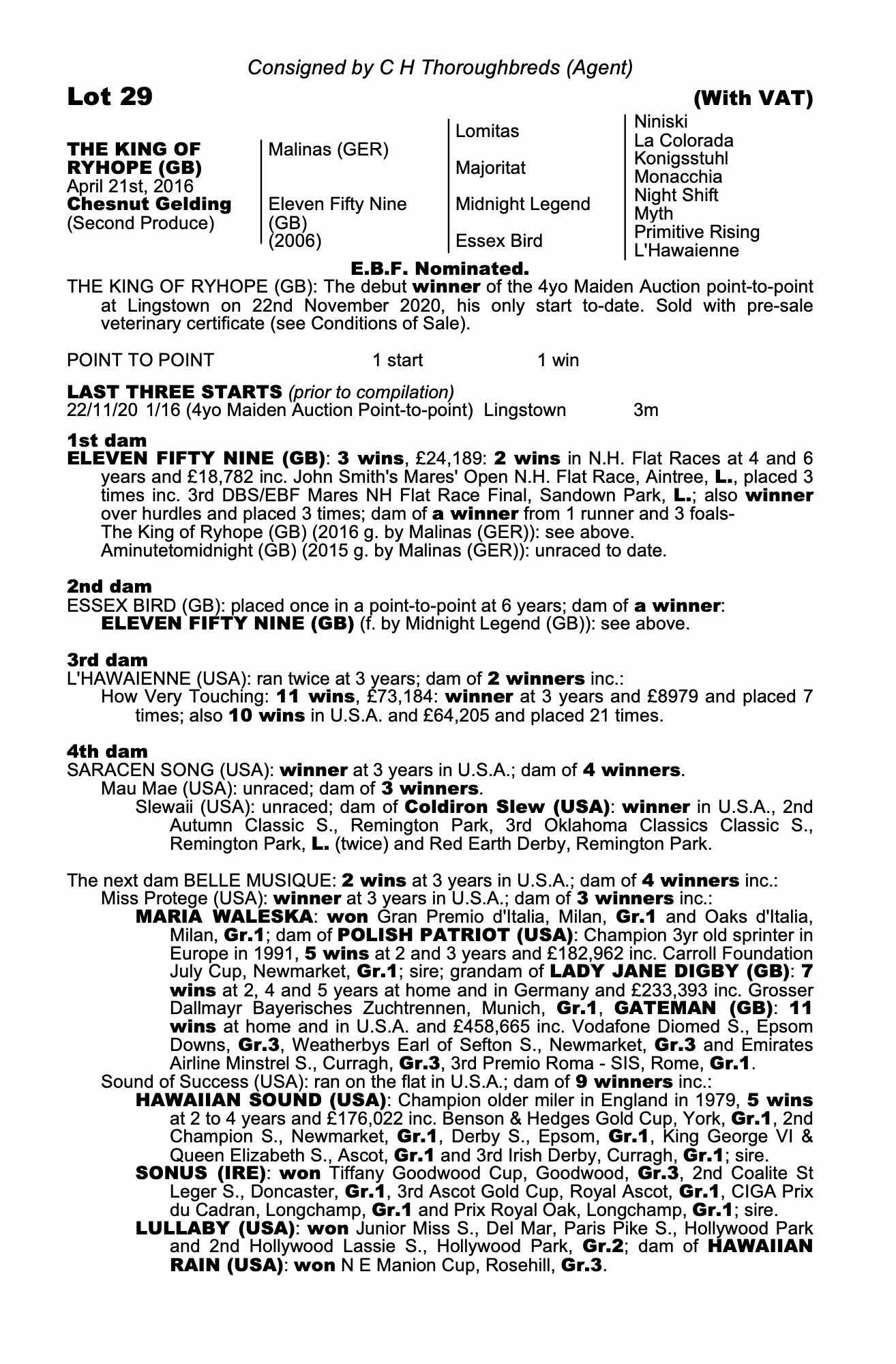