The debut winner of a Mainstown maiden on Sunday last. Eight horses went to the second last with a chance but it was notable that this son of Sholokhov was travelling considerably easier than the other seven at all stages. He clearly possesses a lot of speed and a high cruising level also. Aucunrisque had come off the bridle when coming down two out and he had been a close second on his previous run confirming the depth of this contest. Derek O’Connor had time to ease into the last and coast home which ensure the winning margin of two lengths is perhaps not a true reflection of the superiority of this maiden winner. His dam is a sister to the tough consistent multiple winning Super Tactics who tasted success sixteen times so all signs are positive for this youngster. 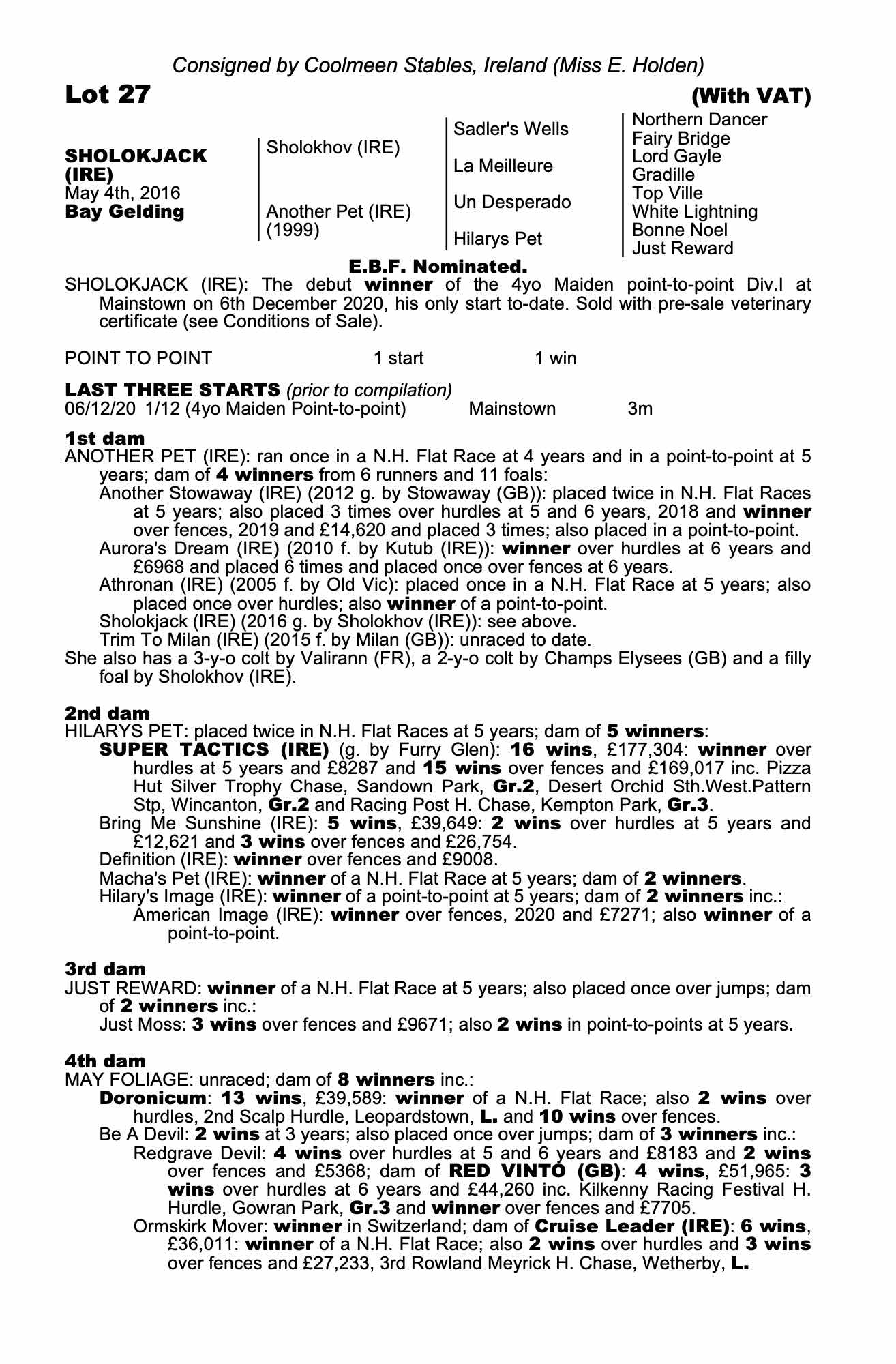