Booley Beach has produced two very likeable performances so far to date. The daughter of Valirann almost made the perfect start to her career at Musselburgh on 4th November when beaten only ½ length on the Mares’ Bumper on the card. She travelled notably well that day and worked her way to the front inside the final furlong before jinking close home and almost unseating her rider. She followed that up with a very good run in the bumper at Ludlow on 2nd December when placed a close third to a well regarded Nicky Henderson trained winner. A half-sister to GUN DIGGER a similar contest looks within range before embarking on a successful career over obstacles. 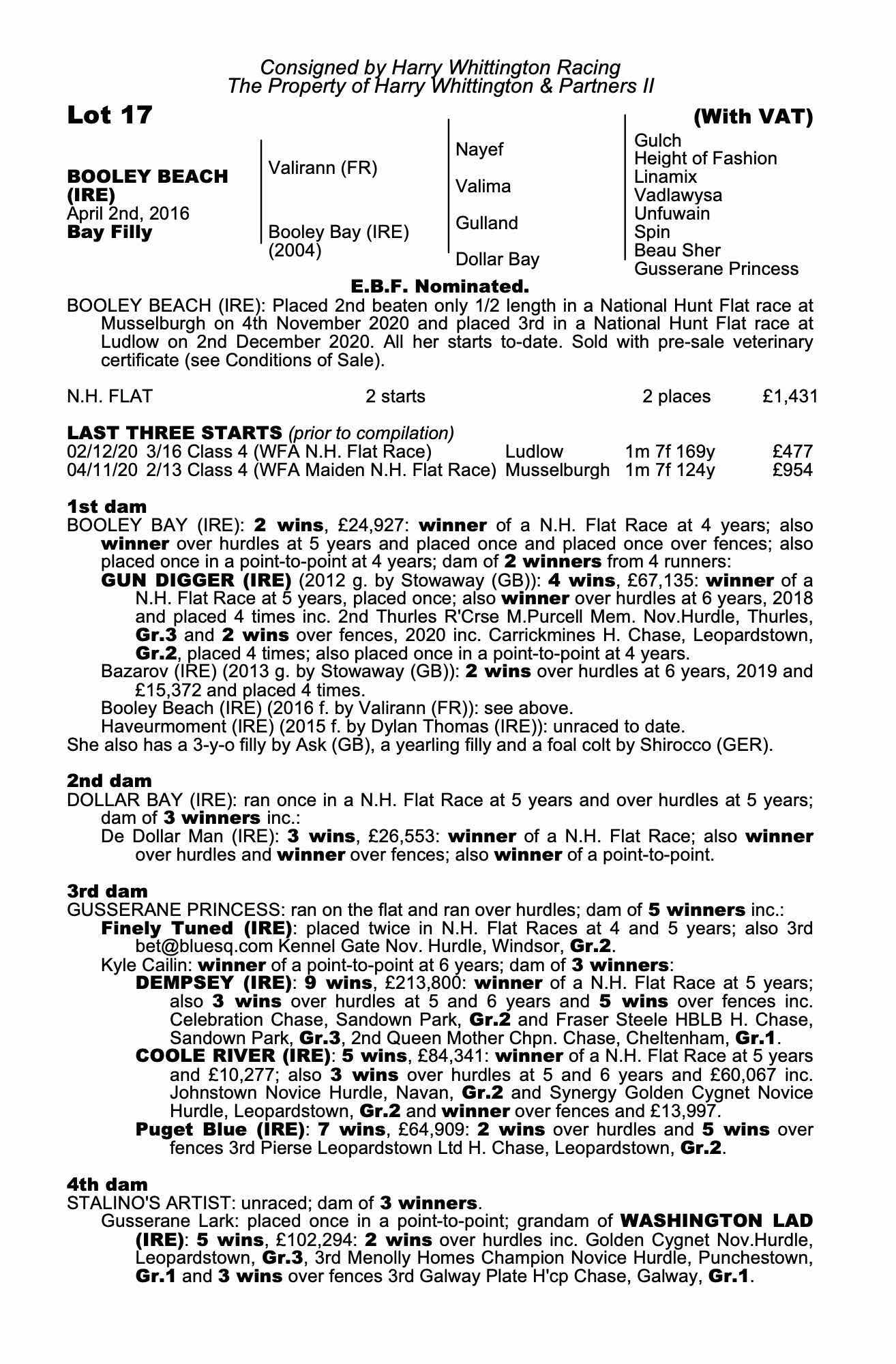