An exceptionally well bred youngster who is by Shantou and out of an Old Vic mare and closely related to Siege Master and Our Vic. He made a very promising debut at Lingstown when running into the potentially top class Grangeclare West. This fellow quickened smarty at the second last to head the eventual winner before going on to pass the line in second. He had done enough to show he is capable of mixing it with the best of NH performers and will be winning plenty of races in the very near future. 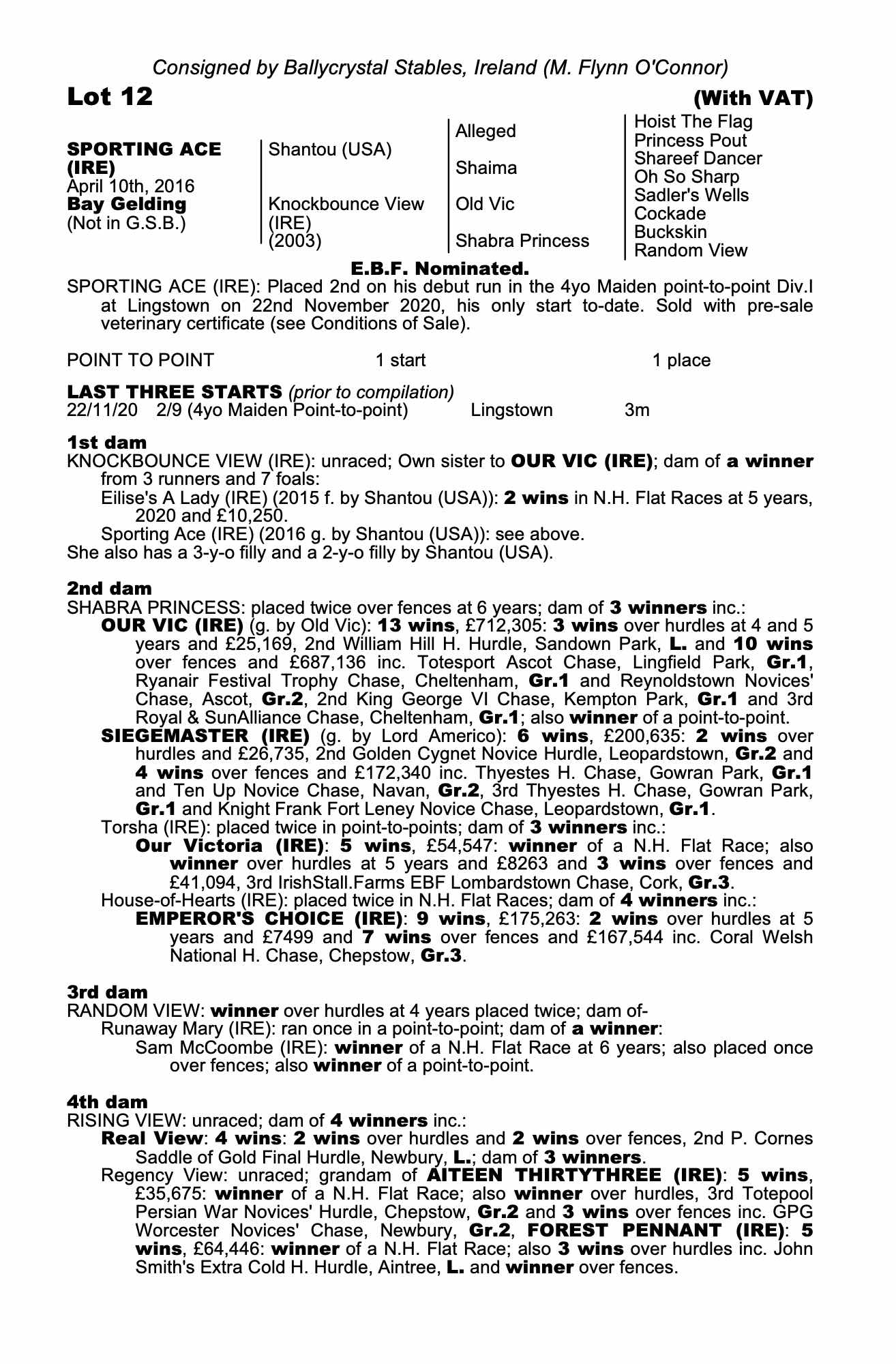