Knickerbockerglory made a very pleasing start to his career when placed second on his debut in the NH Flat Race at Ludlow on 12th November behind a well regarded Nicky Henderson newcomer. A €28,000 store he is half-brother to bumper winners The Brass Man and The Greatestreward. Success in a similar contest looks a formality for the son of Fame And Glory before he embarks on a fruitful hurdling campaign. 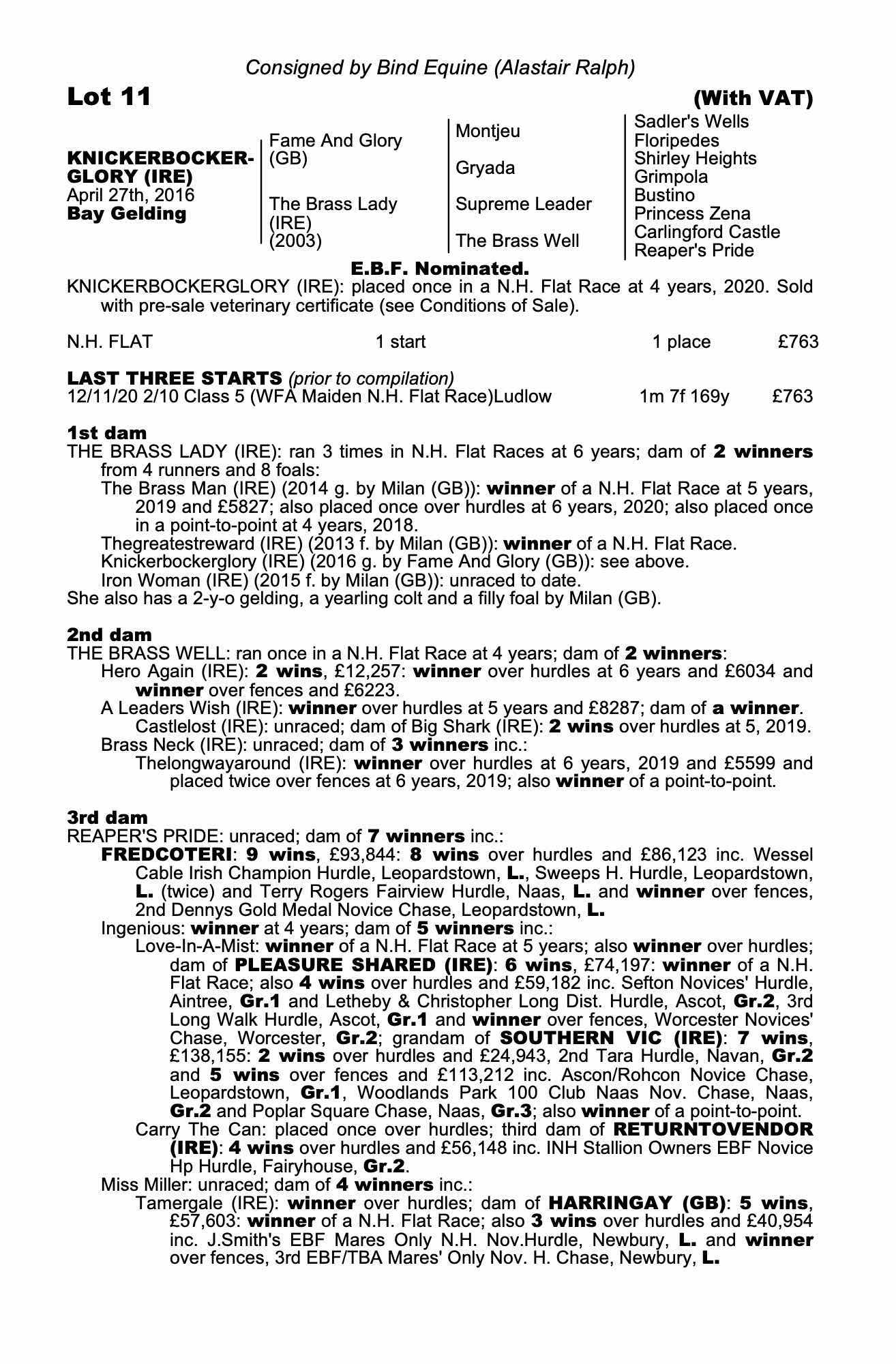