This impressive winner of the four-year-old maiden at Cork will be on every serious shortlist. It was a performance of the very highest level and suggests this could be a high class NH prospect going forward. Although this looked a competitive ten runner maiden there were plenty with chances turning for home but none able to match the injection of pace of the winner over the final fence. The winning margin was an ever widening twenty lengths at the line. This should not be a surprise given the time was eight seconds faster than the average and depth of races at this time of year appears higher than ever given the backlog of horses which have not had the chance to run. His dam was a high class chaser who was placed in two Irish Grand Nationals and this fellow seems to have inherited her talent, toughness and class. 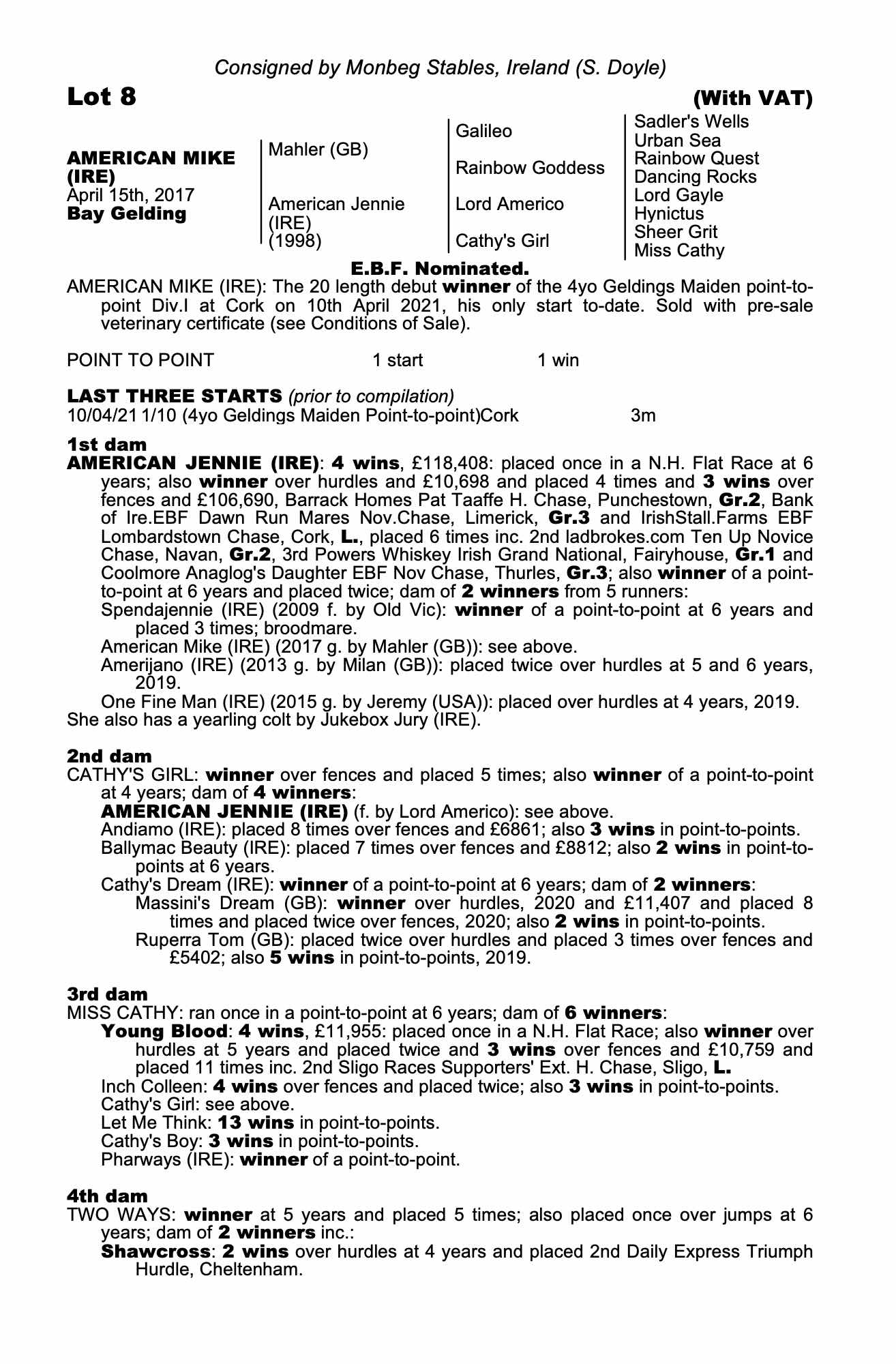