Shuil Donn ran a race full of promise on his debut when placed 2nd in the concluding Bumper at Cork on 4th April. Waited with in rear in the early exchanges he made significant headway 3 out and quickened up well before showing slight signs of inexperience late on. The race had notable depth to it with a number of horses in the race boasting very good placed form. A similar contest looks well within his grasp before the son of Arctic Cosmos goes on to make his mark under rules. 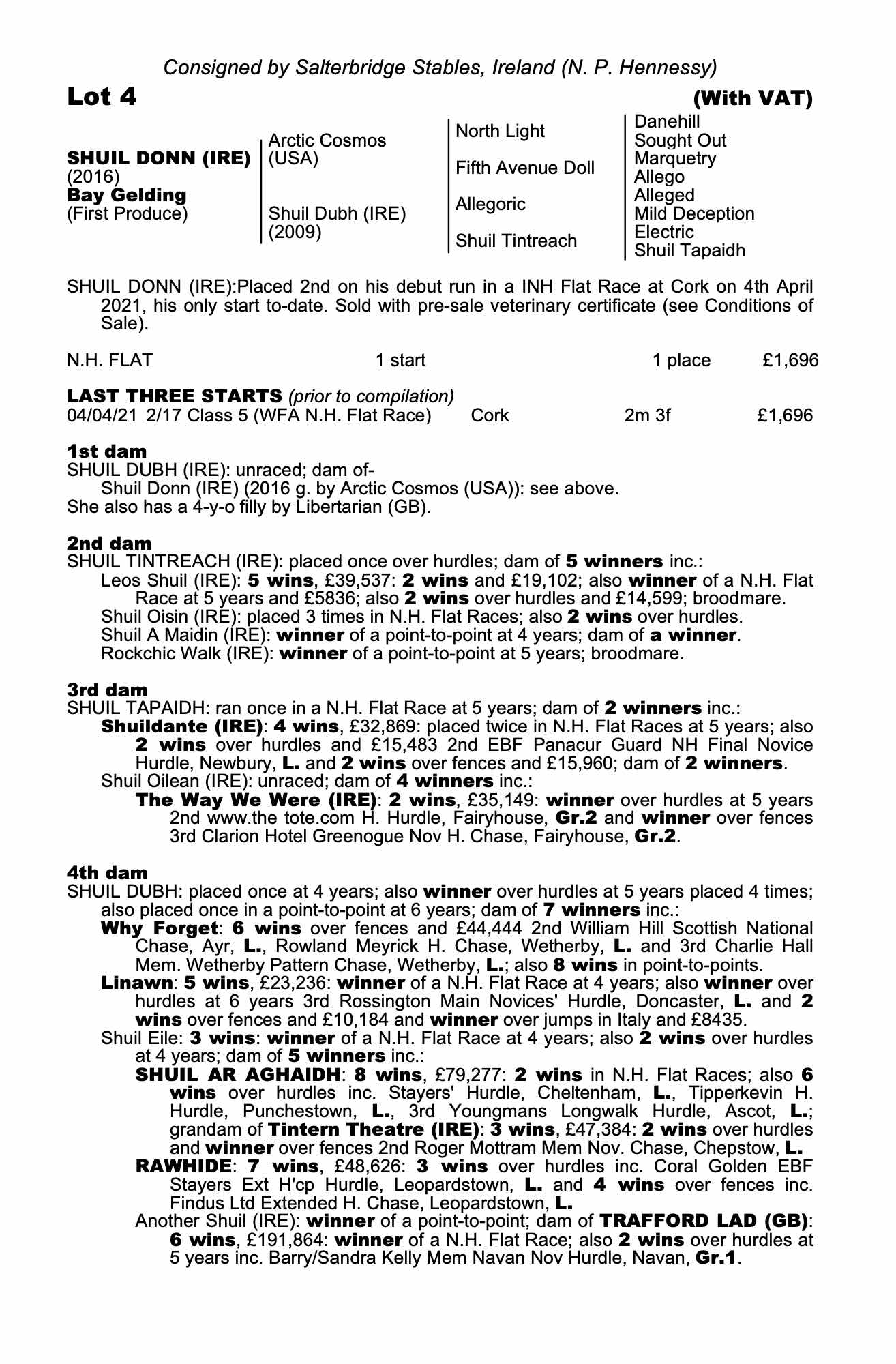