This debutante winner at Fairyhouse is out of a Kim Bailey trained dual winner and by Westerner. Being by Westerner out of an Old Vic mare is quite the recommendation and he duly delivered when making his debut at Fairyhouse. He showed his class between three and two out when easing clear and whilst somewhat lonely on the run to the last he found plenty when his rivals got to within three lengths of him and powered clear to the line. He looks a very promising youngster who was in a different league to his rivals and could develop into a very useful sort in time. 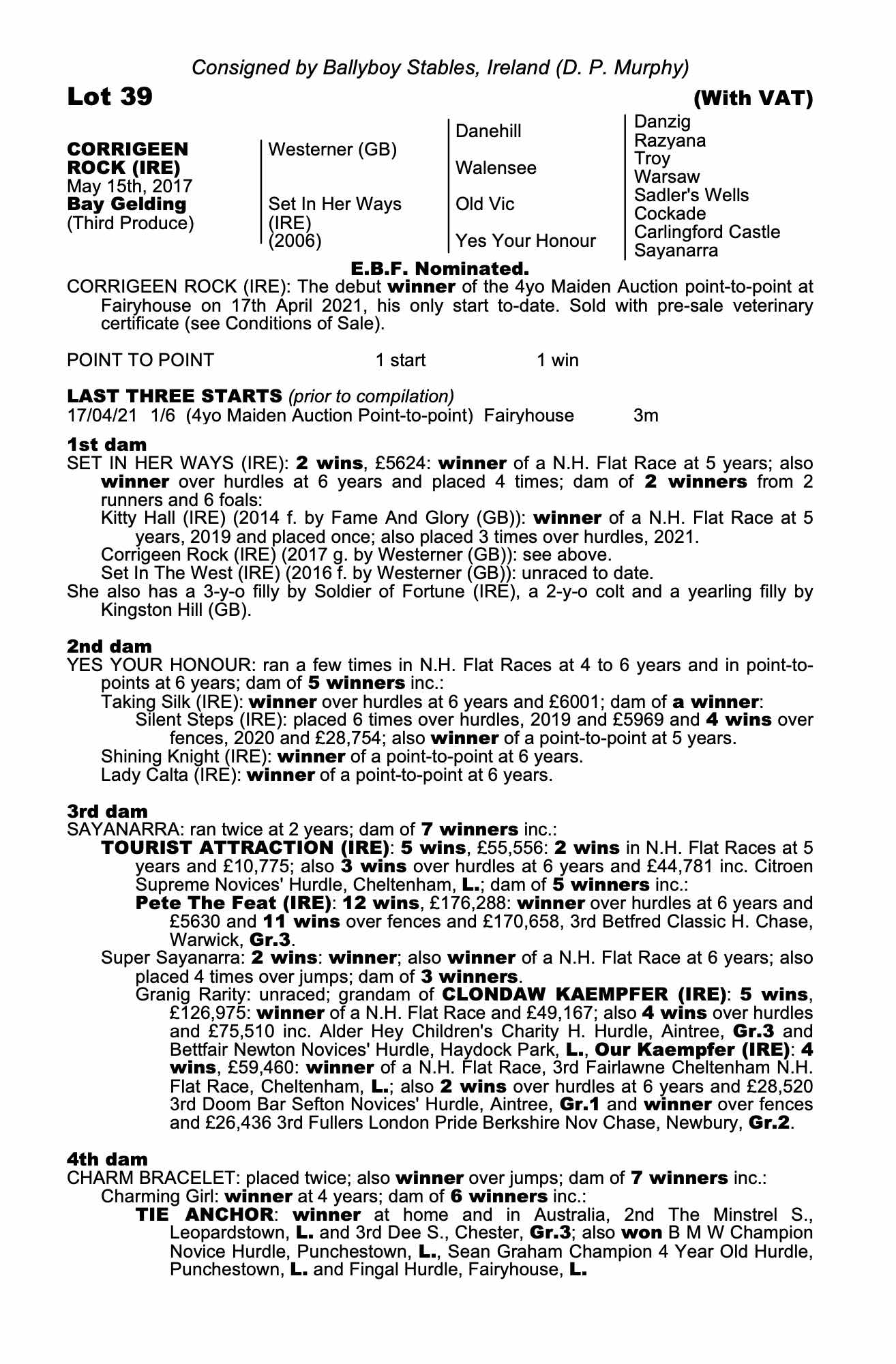