A fine chasing individual who has wonderful presence and has won his only start by fifteen lengths at Cork. He was suited by the galloping circuit and will, in time, enjoy the graded tracks in Ireland or the UK in order to bring out the best in him and maximise his scope. Whilst this was a terrific debut effort it is notable that the runner up had been third on his previous outing while the third had the benefit of a run over hurdles also but neither could land a blow on this talented winner. The only horse capable of staying with him to the second last ultimately exited at this point leaving this son of Mahler to come home clear. He is from the family of the high class Cue Card one of the true greats of recent years and that class within a pedigree always signals towards the potential being notable for the future. 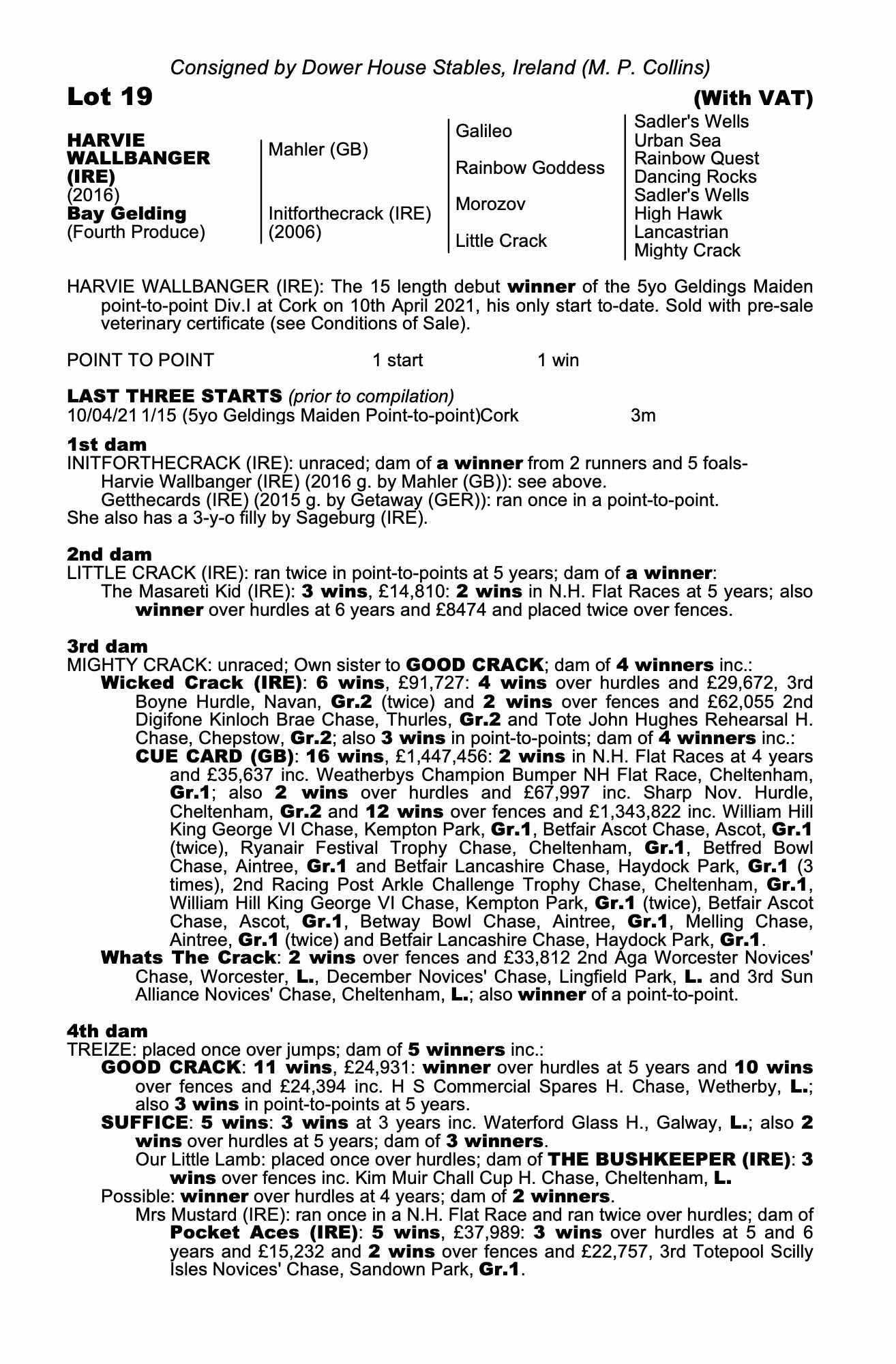