A winning debutante four-year-old by Shantou out of a Presenting mare should make every serious purchaser list. The extended page doesn’t disappoint either with many high class performers closely related such as Harbour Pilot, Get Me Out Of Here and Living Next Door all represented. His class on debut was easy to see when he cruised to the final fence with his rivals strung out a long way back the course and he had so much in reserve he launched long at the final fence. This halted his momentum briefly but such was his authority that he quickly got back on top and went away to win impressively. He ticks every single box and looks a high class sort in the making. 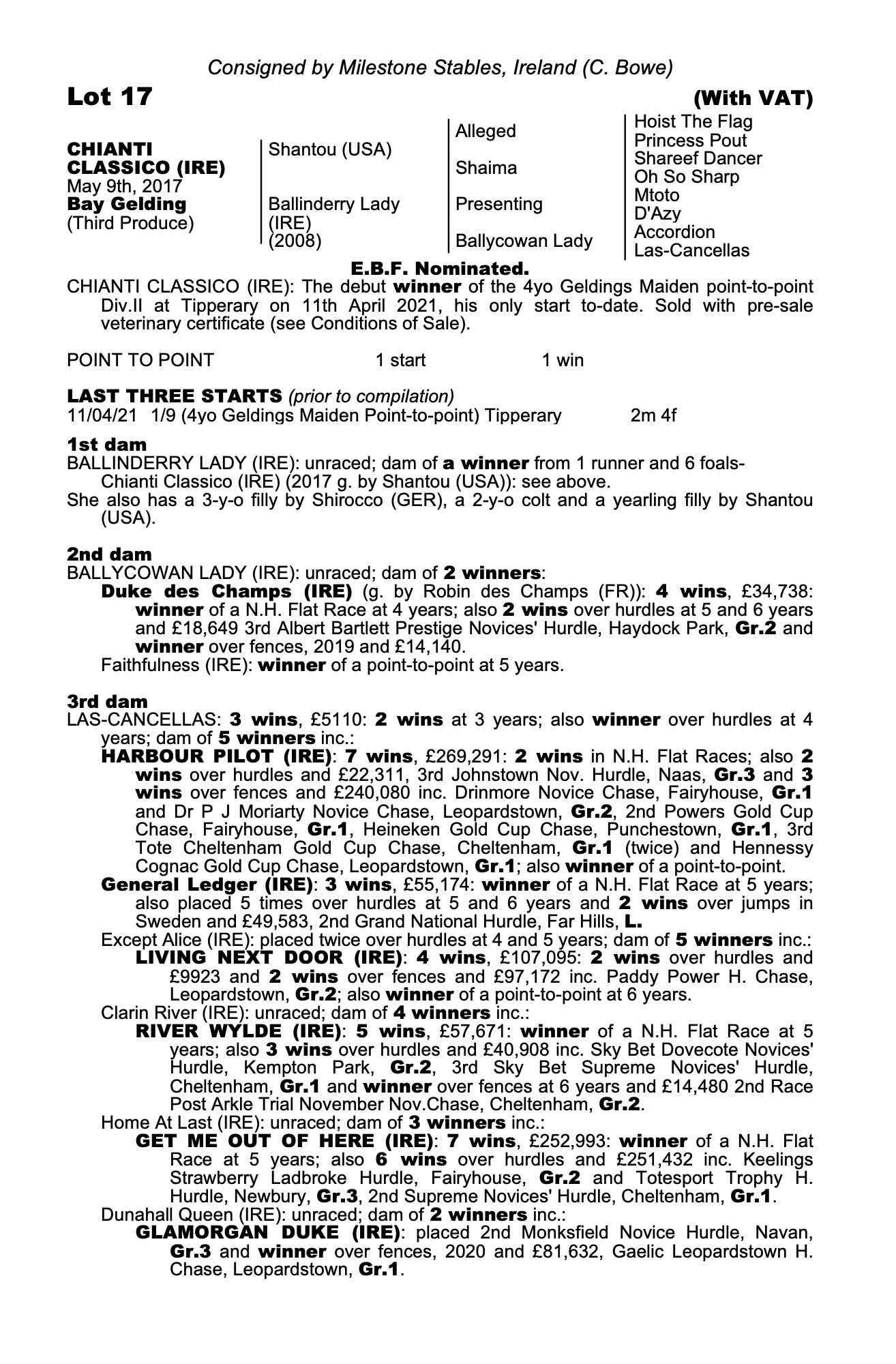