Adjournment has shown significant promise and ability in both his starts to date in Maidens at Larkhill and Maisemore for Fran Nimmo. On his most recent start he gave best to only a very well regarded rival when runner up at Maisemore. He made most of the running under James King and jumped well in the main before being headed 3 out, he stuck to his task very well and showed a good attitude. Out of a half sister to Noble Emperor he looks sure to now make his mark under rules for new connections. 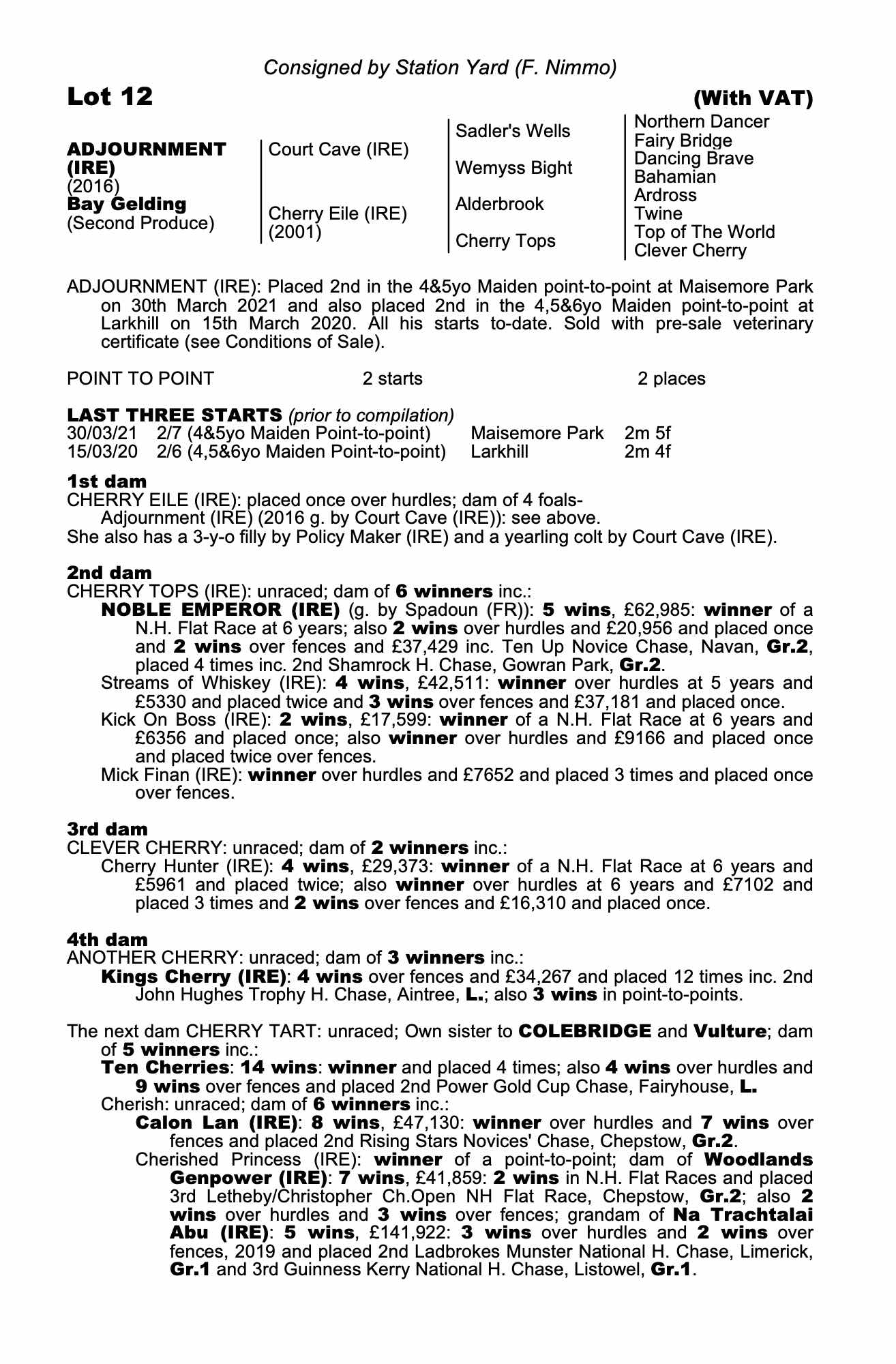